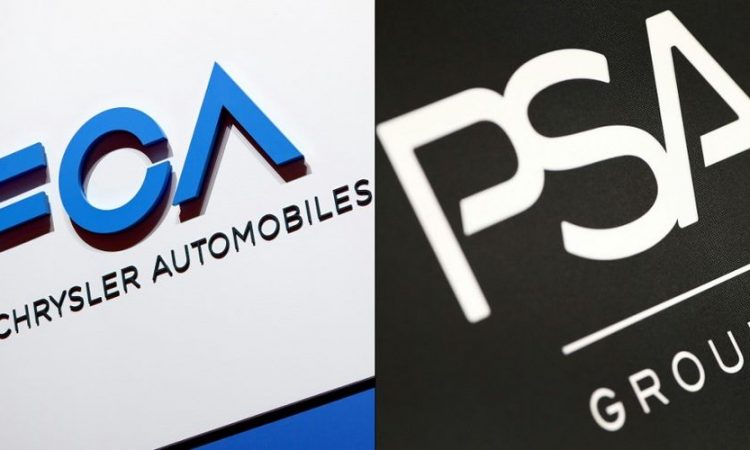 Fiat Chrysler and Groupe PSA, the maker of Peugeot and Citroen cars, announced Wednesday they were in merger talks that could propel them into the top ranks as the world’s fourth largest automaker.

The statement and a similar one from PSA offered no additional details.

A person with knowledge of the matter told AFP on Tuesday that a merger — which is not guaranteed — would create a firm valued at about $50 billion.

A merger would bring PSA access to the lucrative US market, while finally fulfilling the long-held goal of ex-FCA head Sergio Marchionne, who died last year, to merge the carmaker with another in order to survive escalating costs and global pressure to roll out electric vehicles.

The tie-up would make the new automaker the fourth largest in terms of sales behind Volkswagen, Renault-Nissan-Mitsubishi and Toyota, and would combine a host of well-known brands from Alfa Romeo, Jeep and Dodge to Citroen, Opel and Peugeot.

The negotiations come four months after talks to merge FCA with Renault broke down, a potential deal scuppered in part by resistance from the French government, which owns a stake in Renault as it does PSA.

Analyst Michael Hewson at CMC Markets UK cautioned in a note on Wednesday that political pressure from Paris could again be an obstacle, given that the French government holds an approximately 12 percent stake in PSA.

“It is hard not to see that this attempt by Fiat might well go the same way as the failed Renault attempt earlier this year,” wrote Hewson. “Business and government always make uncomfortable bedfellows.”

Under the FCA-PSA merger, Carlos Tavares, the chief executive of Peugeot’s parent, Groupe PSA, would lead the company as CEO while John Elkann, chairman of FCA, would be chairman, the source said.

Discussions between the automakers are ongoing, the source said, confirming details first published in the Wall Street Journal.

According to Bloomberg News, FCA’s board of directors is expected to hold an emergency meeting on Wednesday.

A merger of the two groups would bring under one roof Alfa Romeo, Chrysler, Citroen, Dodge, DS, Jeep, Lancia, Maserati, Opel, Peugeot and Vauxhall, while combining the strengths of the two groups.