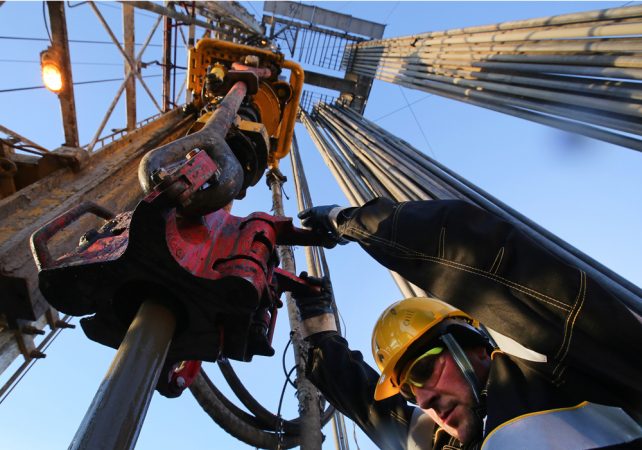 G20 energy ministers will hold a virtual meeting Friday after an oil production cut agreement between OPEC and its allies to shore up prices hit an impasse, with Mexico rejecting the proposed curbs.

Mexico declined to back the multilateral deal announced after marathon overnight talks to slash output in May and June by 10 million barrels per day and by eight million bpd for the rest of the year.

The standoff has cast doubt on efforts to bolster oil prices, pushed to near two-decade lows by the demand-sapping coronavirus pandemic and a Saudi-Russia price war.

The G20 talks, to be hosted by top exporter Saudi Arabia at 12 GMT Friday, are expected to seal the deal more widely with non-OPEC countries in the group including Mexico, the United States and Canada.

Riyadh, which currently holds the G20’s rotating presidency, has said the talks were aimed at ensuring “market stability”.

“I am looking forward to today’s extraordinary meeting of G20 energy ministers. I hope that it will help restore some much-needed stability to oil markets,” said Fatih Birol, the head of the International Energy Agency (IEA).

“The extreme volatility we are seeing in oil markets is detrimental to the global economy at a time when we can least afford it.”

The production cut agreement hinges on Mexico’s consent for it to take effect, the Organization of the Petroleum Exporting Countries said early Friday after an hours-long meeting.

The main sticking point was Mexico’s refusal to sign up to its share of cuts under the deal, which would have been 400,000 barrels per day, Bloomberg News reported.

Mexican Energy Minister Rocio Nahle Garcia tweeted that her country had suggested a cut of 100,000 barrels.

The deal marked a possible end of the price war between Russia and Saudi Arabia, which Bloomberg News said had agreed to slash output to around 8.5 million bpd.

The impact of the cuts on prices was not immediately clear as the global oil markets were shut on Friday for the Easter weekend.

But Stephen Innes, an analyst at AxiCorp, said the supply cuts were “less than the market hoped for” given the hit to demand from coronavirus lockdowns throughout the world.

“The deal currently tabled will only partially offset oil price distress, but that’s what it was supposed to do. Still, the storm clouds for oil prices will only completely dissipate when lockdowns are lifted,” he said.

Rystad Energy also said the cuts were not enough to restore market equilibrium.

“The proposed 10 million bpd cut by OPEC+ for May and June will keep the world from physically testing the limits of storage capacity and save prices from falling into a deep abyss, but it will still not restore the desired market balance,” the energy research firm said.

Oil prices have slumped since the beginning of the year due to the COVID-19 pandemic.

“Our industry is hemorrhaging; no-one has been able to stem the bleeding,” OPEC Secretary General Mohammad Barkindo said ahead of the OPEC-led meeting, bemoaning companies already filing for bankruptcy and the tens of thousands of jobs that have been lost.

Compounding the problem, Riyadh and Moscow had both ramped up output in a bid to hold on to market share and undercut US shale producers.

While the US is not in the OPEC or OPEC+ groups, it is supportive of a reduction in supply in order to stabilise prices and breathe new life into its shale industry.

US President Donald Trump had expressed optimism about the prospects for an agreement — even as the talks appeared to be at an impasse.

Fresh from a conference call with Russian President Vladimir Putin and Saudi leader Crown Prince Mohammed bin Salman, Trump told a press briefing at the White House Thursday that a deal was “close”.

Shale has transformed the US into the world’s top producer, but the industry cannot sustain its high cost base as prices collapse.

Yet the US oil sector appears reluctant to trim production, having extracted a near-record 13 mbpd in the final week of March. This fell to 12.4 mbpd last week.

At the same time, the global supply glut — already weighing on oil markets before the coronavirus crisis — has stretched oil storage capacity to its limits, forcing many producers to scale back output.

The International Energy Agency warned Monday that the world is set for its first annual decline in oil consumption in more than a decade because of the pandemic.

The outbreak has shut down large swathes of the global economy, including key sectors such as air travel, manufacturing and retail.