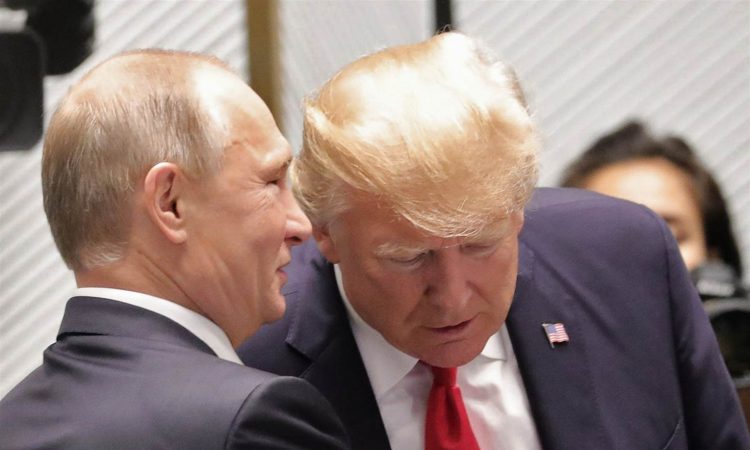 US President Donald Trump has appeared to make light of Russian election interference during a meeting with the country’s leader, Vladimir Putin.

A smirking Trump wagged his finger at the Russian president and said: “Don’t meddle in the election, please.”

The pair were holding talks on the sidelines of the G20 summit in Japan.

It was their first meeting since Robert Mueller concluded his investigation into alleged Russian interference in the 2016 US presidential election.

US intelligence agencies concluded that Russia was behind an effort to influence the presidential election with a state-authorised campaign of cyber-attacks and fake news stories planted on social media.

But special counsel Mueller’s report found no evidence that the Trump campaign criminally conspired with Russia to influence the election.

The G20 is an annual meeting of leaders from the countries with the largest and fastest-growing economies – and this year is likely to see differences of opinion over climate change, Iran, protectionism and global trade, as well as a host of bilateral meetings between leaders.