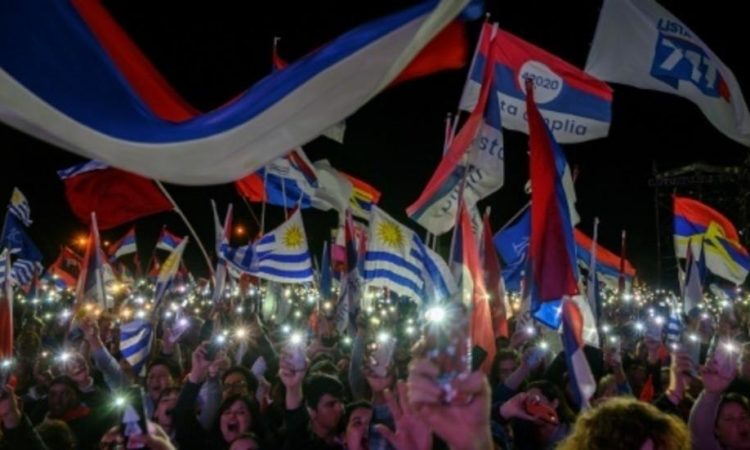 More than two million Uruguayans head to the polls Sunday to pick a successor to leftist President Tabare Vazquez and to vote on constitutional reforms including the establishment of a military police force.

“Democracy in Uruguay is very strong and must be protected,” Vazquez said Thursday in his final message before voting begins.

Uruguayans will also be electing all 99 deputies and 30 senators in parliament.

The vote comes on the same day as a general election in Argentina and against a backdrop of regional strife following massive street protests in Ecuador, Chile and Bolivia, the latter over alleged electoral fraud.

Uruguay has long been considered a bastion of peace and stability in an often turbulent region but security has been declining, with a sharp rise in some violent crimes reported last year.

In 2018, South America’s second-smallest country registered a record 414 murders, up 45 percent on the year before.

Those include the creation of a military National Guard, the establishment of life terms for the most serious offenses — 32 years is the current maximum — and authorizing police to conduct nighttime raids on the homes of suspected drug dealers.

The vote is expected to be tight.

Security has been a major issue as the governing Broad Front seeks a fourth consecutive term.

In power since 2005, the Front faces a tough test, with voters angered by a stagnant economy, inflation of 7.5 percent and a nine percent unemployment rate.

The Front’s current candidate — presidents are barred from serving consecutive terms — is 62-year-old Daniel Martinez, the former mayor of Montevideo.

His 40 percent showing in one recent poll puts him in the lead but falls short of securing an outright first-round victory.

Former senator Luis Lacalle Pou of the center-right National Party has 28 percent, but he is considered likely to win backing from two historic rivals in an eventual runoff on November 24.

In the last three elections, the Front didn’t need alliances because it commanded an absolute majority, but this time “the second round is completely open,” said political scientist Eduardo Bottinelli.
AFP