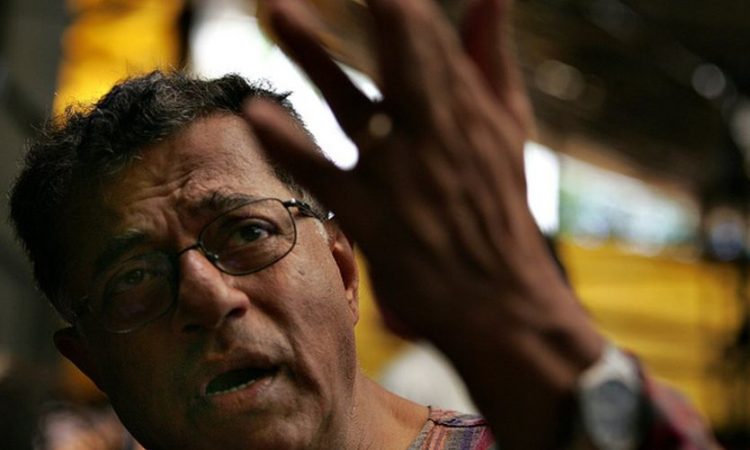 Girish Karnad has passed away at the age of 81, read a message on my phone from an old acquaintance on Monday morning.

His death had been announced to the world like a palace guard who would casually inform the arrival or departure of a character to the audience in one of his many historical plays.

Karnad’s death signals the departure of a colossus who straddled many creative spheres and left a deep impression for over five decades across generations.

He was foremost a playwright, but he was also an actor, a filmmaker, a translator, an administrator, and a daring public intellectual.

This multi-tasking made him one of the most prominent voices among those who built a robust liberal tradition for India, since its Independence in 1947.

When India’s plural history, diverse traditions are being severely challenged now, mourning his demise acquires a different meaning. A pillar to lean on appears to have collapsed. Yet his works and his life promise to inspire and instruct how we need to stand steadfastly, and do what we need to do, that is, fight a good fight.

Karnad was born into a middle class, upper caste family in the quaint town of Dharwad in colonial India’s Mumbai presidency, in modern-day Karnataka. His father was a doctor and his mother worked as a nurse. She had remarried as a widow which was a revolutionary act then.

He won the prestigious Rhodes scholarship to study mathematics at Oxford. He thrived there and also became the president of the Oxford Students’ Union.

Karnad could have settled down in any part of the world, but made a “mad choice” – as he told me once – to get into the arts. A native speaker of the Konkani language, he chose to write in Kannada, a language which was only his acquired mother tongue.

This conflict between expressing in Konkani, Kannada and English, remained in him till the very end. It also found expression in a play that he wrote in his 1970s, titlted Odakalu Bimba (Heap of Broken Images). The play was not just about choice of language for writers, but also about the worldview they nourish: local or global.

This play was also significant for the reason that for the first time in his writing career, Karnad had addressed another charge that the literary critics had made against him.
BBC