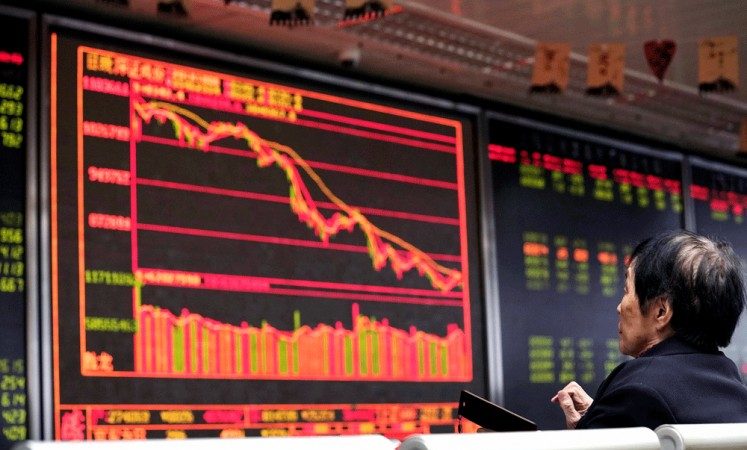 Haven investments gold and the yen surged as the World Health Organization (WHO) warned that the epidemic must be taken seriously.

With no end in sight to the spreading COVID-19 disease, Tokyo stocks shipped 2.7 percent by the close, Shanghai fell 1.2 percent and Hong Kong erased 2.3 percent on heightened investor panic.

“Stocks are on the back foot once again, with markets tumbling amid continued growth in the coronavirus crisis,” said analyst Joshua Mahony at IG trading group.

“The stimulus-led rebound in global stocks has been short-lived, with fears over an escalation of the coronavirus crisis providing yet another bout of selling across European markets.”

While governments and central banks have unleashed or prepared to roll out stimulus measures, the rapid spread of the disease and rising death toll are putting a strain on economies and stoking concerns of a worldwide recession.

The US Federal Reserve sprang a surprise half-point interest rate cut on Tuesday in an attempt to stem devastating fallout.

But as coronavirus continues its rapid spread — almost 100,000 people in 85 countries have now been infected — investors are fleeing risk assets such as stocks for financial havens.

“With the economic impact of coronavirus large and rising, policymakers in advanced economies are being forced to react,” said economist Adam Slater at research group Oxford Economics.

“But conventional monetary and fiscal options like the US Federal Reserve’s recent emergency rate cut, may not be enough.”

WHO chief Tedros Adhanom Ghebreyesus, meanwhile, warned that “this is not a drill” as outbreaks surged in Europe and the United States, where medical workers warned over a “disturbing” lack of hospital preparedness.

With dealers flocking to safety and yields on US Treasuries at record lows, gold has rocketed more than five percent this week to sit at more than seven-year highs.

“Over the past month, forecasters have slashed their oil price estimates quicker than you can say ‘pass the hand sanitiser’,” said PVM analyst Stephen Brennock.

“In short, COVID-19 is in the midst of an international offensive and the worst effects are yet to be felt. Global oil demand destruction is therefore poised to intensify.”

News that OPEC ministers had recommended a huge production cut of 1.5 million barrels a day to offset the impact of the virus was unable to provide traders with any lift.

There are concerns over whether key producers outside the group — Russia in particular — will follow the advice.

World oil prices have wiped out more than a fifth of their value so far in 2020.