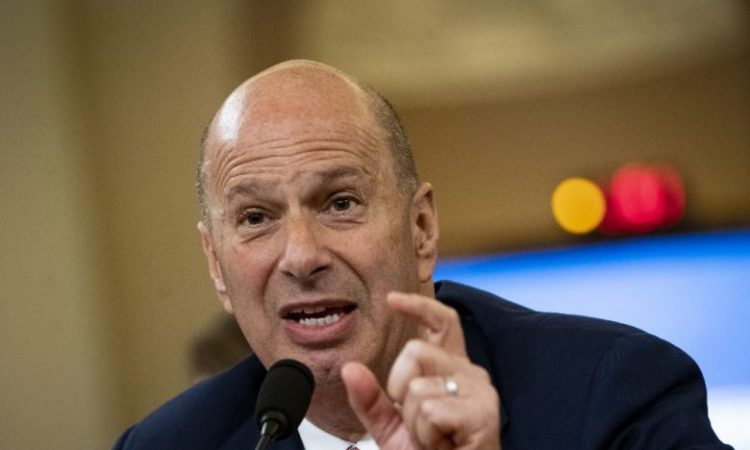 Gordon Sondland, the US ambassador to the EU, has been accused by three women of sexual misconduct.

The allegations, published by Portland Monthly magazine and ProPublica, date back to before he became an ambassador.

At the time of the alleged incidents he was developing hotels in Portland and Seattle in the Pacific Northwest.

Mr Sondland denies all of the allegations, and accuses the women of targeting him for his role in President Donald Trump’s impeachment hearings.

“These untrue claims of unwanted touching and kissing are concocted and, I believe, co-ordinated for political purposes,” he said in a statement.

“They have no basis in fact, and I categorically deny them.”

All three women said Mr Sondland retaliated against them professionally after they rejected his sexual advances – by verbally abusing them at their workplace, reneging on a promised investment, and withdrawing offers of professional introductions.

One of the women, Nicole Vogel, said she met Mr Sondland for dinner in 2003 in order to secure investment for her new magazine.

Ms Vogel is the owner of Portland Monthly. The magazine said she was not involved editorially in the story, and it had teamed up with ProPublica, a respected non-profit news group, to report the claims independently.

She said that after dinner Mr Sondland took her to one of his hotels and invited her to see a room. He then requested a hug, she added, but instead “grabs my face and goes to kiss me”.

She said she deflected him and left the hotel, and later received an email from Mr Sondland changing the terms of his investment.

Another woman, Jana Solis, said she met Mr Sondland in 2008 when she was seeking work as a hotel safety expert.

When he offered her the job, she said, he called her “my new hotel chick” and slapped her rear. She then said that on another occasion he invited her to his home in Portland to evaluate his art collection, before exposing himself.

On a third occasion, he asked her to inspect his penthouse apartment and then forcibly kissed her, she said.

In response, Mr Sondland described the article as “underhanded journalism” that was “fundamentally false”.

A statement on his website said: “Both the timing and sourcing of the reporting seem obviously intended to influence congressional proceedings in which Ambassador Sondland is a witness.”

“These false incidents are at odds with my character,” he added in a separate statement.

He suggested that Ms Vogel was “a source angry that I long ago declined to invest in her magazine, the same magazine now presenting its owner’s outlandish claims”.

He said he intended to take legal action against the two publications.