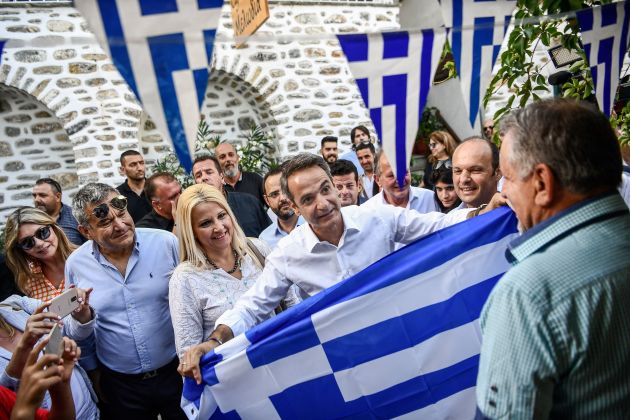 Current projections give New Democracy an outright majority, as the winner receives 50 extra seats in parliament.

The prime minister-elect told supporters he had been given a strong mandate for change.

“The country proudly raises its head again,” he told the crowd in the capital Athens, saying he would be a prime minister for all because Greeks were “too few to stay divided”.

Speaking as the results became clear, Mr Tsipras confirmed he had called Mr Mitsotakis to offer him his congratulations.

“Today, with our head held high we accept the people’s verdict. To bring Greece to where it is today we had to take difficult decisions [with] a heavy political cost,” Mr Tsipras told journalists.