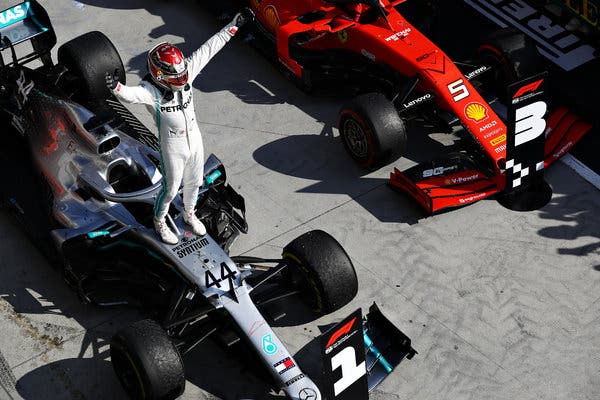 Formula one world champion Lewis Hamilton is keeping one eye on the haze situation in Singapore but admits that there is only so much drivers can do to protect themselves against dirty air should conditions worsen over the weekend.

After the Singapore National Environment Agency reported over the weekend that the air quality index entered “unhealthy” levels for the first time in three years due to forest fires in neighbouring Indonesia, conditions had improved by Thursday and visibility was much clearer.

Race organisers will continue to monitor the situation, however, and championship leader Hamilton said he would also stay up to date with the conditions in and around the Marina Bay Street Circuit.

“We all have doctors on hand but it’s not been brought up as an issue for us although I am conscious of it,” the Briton told reporters on Thursday.

“Naturally, you blow your nose after a race and loads of soot comes out… you’ve got the carbon and all the other stuff you are breathing in, so clean air is an important part of it.

“I have been told not to go for runs outside but I don’t know how that would impact us in the race. Tonight and tomorrow, I will speak to my team about it but there’s only so much we can do, we can’t wear an extra mask in our helmets so it is what it is.”

Even without the threat of haze, the Singapore Grand Prix is one of the most demanding on the calendar, running for a full two hours, in hot and humid conditions around a 23-turn floodlit street circuit.

Hamilton, however, seems to thrive in Singapore and is a firm favourite to record a fifth victory in the race as he continues his march towards a sixth world title.

“This is one of the toughest races, if not the toughest race, of the year — physically and mentally,” added Hamilton, who holds a 63-point lead over Mercedes team mate Valtteri Bottas with seven rounds remaining.

“We come here each year and it shifts between the Ferraris, the Red Bulls and us. The Red Bulls particularly have been quick over the years, so we anticipate that they’re going to be strong, and I have no idea whether Ferrari will be quick as the last two races.”