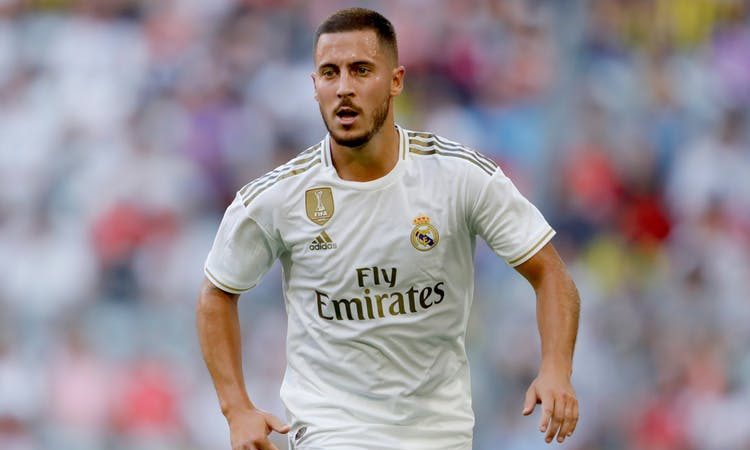 “We all want to see Eden,” said Zidane. “There’s a lot of pressure on him, a lot of expectation. But he is ready and that is the most important thing.”

Hazard was expected to make his debut in Vigo in the opening round in mid-August after joining Madrid for an initial 100 million euros from Chelsea in June.

But the Belgian pulled up with a thigh strain at the club’s training base in Valdebebas and had to sit out the first three weeks of the season during which Real struggled, collecting one win and two draws.

Zidane, however, called for patience as Hazard finds his feet again.

“We have to go gently,” he said. “He (Hazard) was injured for three weeks, he has been back for a week.

“We have seven games in 21 days and we will have to go gently. It will be up to me to keep an eye on his minutes and his playing time, because we need him over a long period, for several matches, not for one.”

Hazard’s return is timely for Madrid who also start their Champions League campaign against Paris Saint-Germain next week, especially as Luka Modric was ruled out this week with a groin strain.

“The season starts now,” said Zidane. “We have seven games in 21 days and I think that’s what we need, anyway, to play, make matches, compete… that’s what players want.”

The Frenchman also shrugged off criticism of the team following their indifferent start to the season.

“The comments, everything that is said, that’s not going to change,” he said.

“We know what we want to change within (the team), we will do everything to do things well. Enough talk, we have perform on the pitch.”

Another midfielder, Fede Valverde, is also unavailable with a muscular problem in his left leg. The 21-year-old, who has played only eight minutes for Real this season, suffered the injury playing for Uruguay.

In addition to Modric and Hazard, James Rodriguez and Isco are also missing with muscle injuries. Marco Asensio is a long-term casualty with ligament damage.

“All clubs have this problem, it is true that we have many international players who never stop,” said the coach.