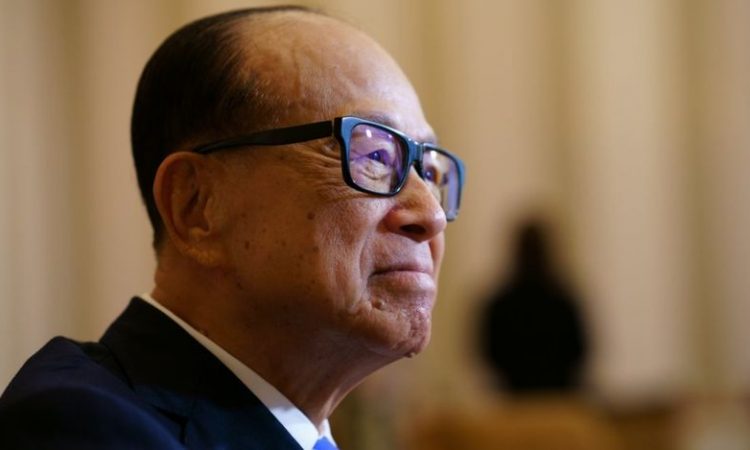 Hong Kong’s richest man Li Ka-Shing has pledged to pay the tuition fees for a class of Chinese university students through his charitable foundation.

Last month billionaire Robert F Smith made a similar move, saying he would pay the loans of a US college class.

The Li Ka-Shing Foundation will cover full tuition for four to five years for undergraduates, starting with the incoming class of 2019 at Shantou University, in the Guangdong province of China.

Li, who has a rags-to-riches story after starting work sweeping factory floors as a young boy, was ranked 28th on Forbes rich list in 2019.

He retired from his business empire last year, handing over the reins to his eldest son Victor Li.
The Li family’s CK Hutchison Holdings and CK Asset Holdings groups are involved in sectors including retail, telecoms and power.

Li was one of the first Hong Kong tycoons to invest in mainland China, and property accounts for a big part in his wealth.

The billionaire was knighted by the UK in 2000, and earned the nickname “Superman” for his business and investment success.

Li’s generosity comes on the heels of a similar move by American philanthropist Robert F Smith.
Last month the billionaire tech investor shocked graduating students in Atlanta, Georgia, by telling them he would pay off all of their student loans.

Nearly 400 students stand to benefit from the pledge to wipe out their debt, thought to be worth $40m.