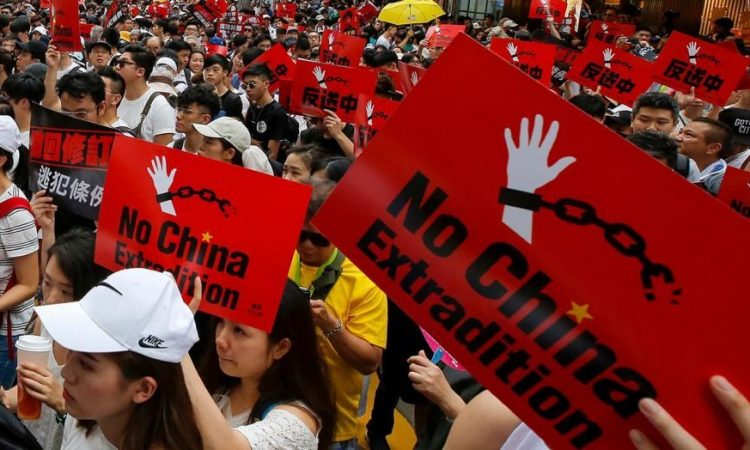 The international finance hub has been plunged into its worst crisis in recent history by a month of marches and sporadic violent confrontations between police and pockets of hardcore protesters.

The rallies were sparked by a draft law that would have allowed extraditions to mainland China, but they have morphed into a wider movement calling for democratic reforms and a halt to sliding freedoms in the semi-autonomous territory.

In a city unaccustomed to such upheaval, police have fired tear gas and rubber bullets while the parliament has been trashed by protesters — as Beijing’s authority faces its most serious challenge since Hong Kong was handed back to China in 1997.

On Tuesday the city’s chief executive Carrie Lam admitted her administration’s attempt to introduce the bill was a “complete failure”, saying that her government would not seek to reactivate it in parliament.

“There is no such plan. The bill is dead,” Lam said.

But she once against refused to buckle to demands to completely withdraw the bill from the legislative agenda, provoking outcry from the anti-government camp.

Lam’s words about the bill are “another ridiculous lie” tweeted leading democracy activist Joshua Wong, who was recently released from jail for his role in protests in 2014.

“The bill still exists in the ‘legislative programme’ until July next year.”

Claudia Mo, a pro-democracy lawmaker added: “A person cannot be resurrected. But then an object can always be remade… and it boils down to our complete lack of trust and confidence (in the government).

The Civil Human Rights Front — which has organised some of the mass rallies — said it would announce fresh protests in coming days.