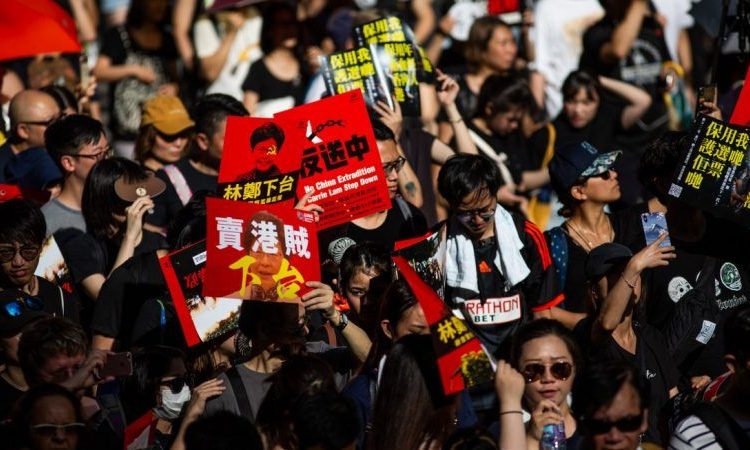 The UK foreign secretary has continued to warn China it could face “serious consequences” over its treatment of protesters in Hong Kong.

A group of activists occupied Hong Kong’s parliament on Monday over a controversial extradition bill.

Jeremy Hunt told the BBC he “condemned all violence” but warned the Chinese government not to respond “by repression”.

It comes after China warned the UK not to “interfere in its domestic affairs”.

Mr Hunt said the UK would not just “gulp and move on” if China cracks down on protesters in the former British colony.

He reiterated that China must honour Hong Kong’s high level of autonomy from Beijing.

“The heart of people’s concerns has been that very precious thing that Hong Kong has had, which is an independent judicial system,” Mr Hunt told Radio 4’s Today programme.

China’s ambassador was summoned to the Foreign Office on Wednesday following “unacceptable and inaccurate” remarks.

Liu Xiaoming said relations between China and the UK had been “damaged” by comments by Mr Hunt and others backing the demonstrators’ actions.