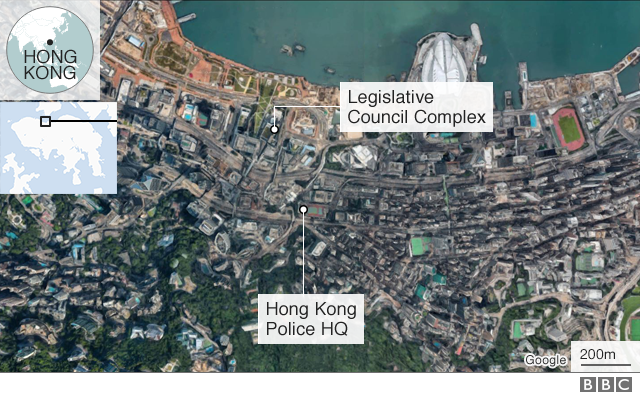 Thousands of people in Hong Kong have surrounded police headquarters, calling for an extradition bill to be scrapped.

Police have asked the protesters to withdraw peacefully, saying their presence would “seriously affect” emergency services.

Millions of people have marched against the bill in recent weeks, with violent clashes breaking out with police.

The bill, which allows extradition to mainland China, has already been suspended.

Critics say it would erode the judicial independence of Hong Kong.

Hong Kong has been part of China since 1997 under the “one country, two systems” principle, which allows it freedoms not seen in mainland China.

The protest comes a day after the government ignored a deadline set by a group of students from various universities in Hong Kong, who called for the bill to be completely scrapped.

Early on Friday people gathered outside the Legislative Council Complex, or government headquarters, but then moved to surround police headquarters.

Among the protesters was student activist Joshua Wong, who became the face of pro-democracy protests in 2014. He was freed earlier this week after being jailed in May on contempt charges related to the 2014 demonstrations.