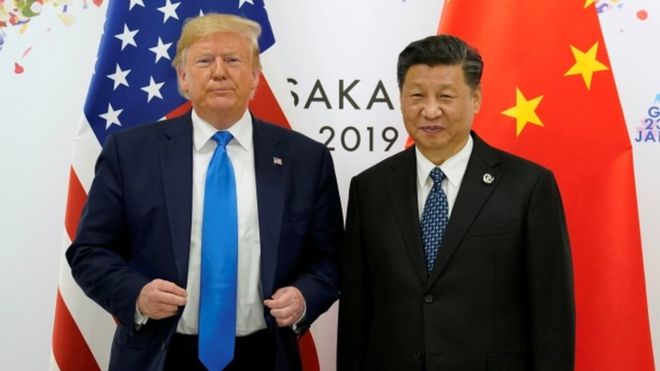 In a tweet Mr Trump said he had “ZERO doubt” that Mr Xi could “humanely solve the Hong Kong problem”.

He also tied the protests to a US trade deal with Beijing, in the face of ongoing trade tensions.

“Of course China wants to make a deal. Let them work humanely with Hong Kong first!” he tweeted.

Mr Trump’s comments come after weeks of tumultuous pro-democracy protests sparked by opposition to an extradition bill in Hong Kong.

The bill has now been suspended, but the protests have evolved into a broader pro-democracy movement.

Hong Kong is part of China under a “one country, two systems” model that grants it a high level of autonomy.

It has its own legal system and judiciary and enjoys certain freedoms not seen in the mainland – Hong Kong and Macau for example, are the only places in Chinese territory where people can hold vigils commemorating Tiananmen Square.