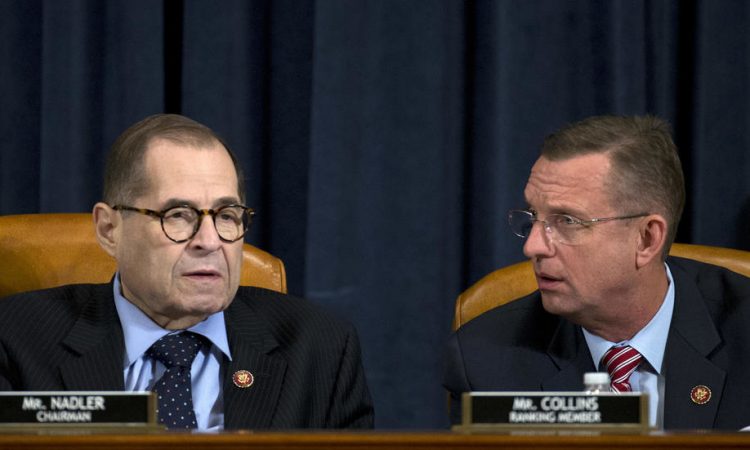 Democrats warned that US President Donald Trump was on the verge of dictatorship while Republicans fiercely defended his record at the opening of a stormy, historic debate on impeachment charges Wednesday.

The parties held tightly to diametrically opposed views of Trump as they weighed articles of impeachment at the beginning of a two-day debate.

Trump is alleged to have wielded the power of the presidency for personal and political gain by pressuring Ukraine to interfere in the 2020 US election.

There is little question about the outcome in the House Judiciary Committee: by the end of the week the majority-Democrat panel is expected to approve the charges and send them to the entire House of Representatives for passage next week.

But lawmakers in the televised hearing appeared focused on speaking to voters, whose sentiment will be crucial if, as expected, Trump goes on trial in the US Senate in January.

“Today we begin consideration of two articles of impeachment against President Donald J. Trump,” he said.

“Taken together, the two articles charge President Trump with placing his private political interests above our national security, above our free and fair elections, and above our ability to hold public officials accountable,” he said.

“If the president can first abuse his power and then stonewall all congressional requests for information, Congress cannot fulfill its duty to act as a check and balance against the Executive — and the president becomes a dictator.”

After nearly four hours, the debate was adjourned late Wednesday until Thursday morning at 9:00 am (1400 GMT), when they will discuss possible amendments to the charges.

“First, does the evidence show clearly that the President committed these acts?

“Second, do they rise to the level of impeachable high crimes and misdemeanors?

“Third, what are the consequences for our national security, for the integrity of our elections, and for our country if we fail to act?”