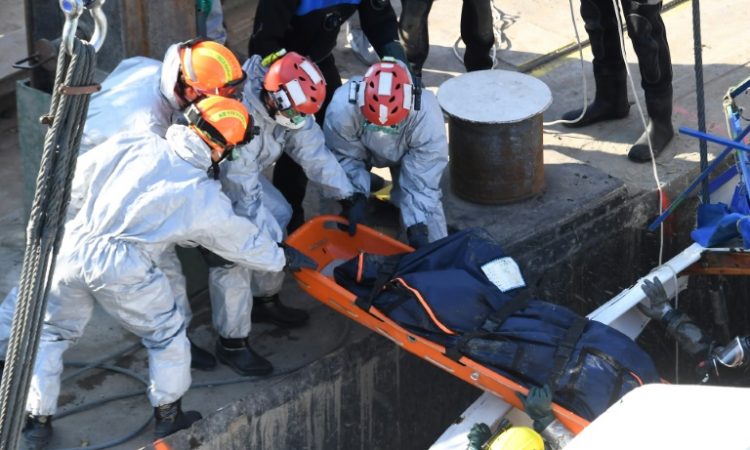 Hungarian police Tuesday began lifting a sightseeing vessel that sank in the river Danube in Budapest last month in an accident that has claimed at least 20 lives with eight people still missing.

An hour after the lifting operation began at around 6am the command bridge and upper deck of the boat appeared. Soon after, police were seen removing bodies from the vessel

The Mermaid tourist boat was carrying mostly South Korean holidaymakers when it capsized and sank on May 29 seconds after colliding with a bigger river cruise boat on a busy stretch of the river.

Only seven of the 35 people on board are known to have survived the accident, with the prospect of finding any more passengers alive seen as practically zero.

Once fully out of the water, the wreck of the Mermaid will be taken to a secure location and examined by police, who have launched a criminal investigation.

The Viking Sigyn’s captain, named as 64-year-old Ukrainian national Yuriy C, has been detained on suspicion of reckless misconduct in waterborne traffic leading to mass casualties.