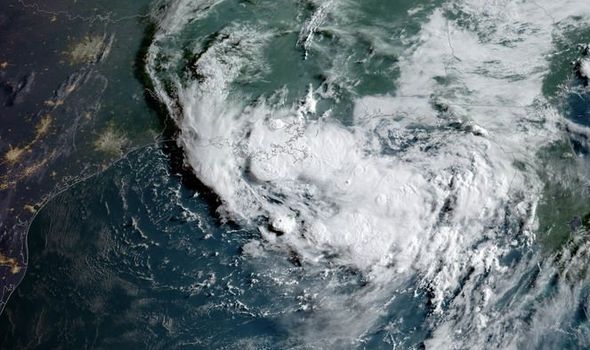 A storm approaching the Louisiana coast has strengthened into a category one hurricane, US officials say.

The system is crawling north-west at a speed of just 6 mph, dumping heavy rainfall as it tracks inland.

The storm is set to most heavily impact an area west of New Orleans and officials warn floods and storm surges could be life-threatening.

Thousands have been evacuated from at-risk areas and others have been told to shelter in place.

More than 60,000 households were already without power on Saturday morning.

All flights in and out of Louis Armstrong New Orleans International Airport have been cancelled.

In an update at 10:00 local time (15:00 GMT) the US National Hurricane Centre (NHC) confirmed Storm Barry had strengthened into the first hurricane of the 2019 Atlantic season.