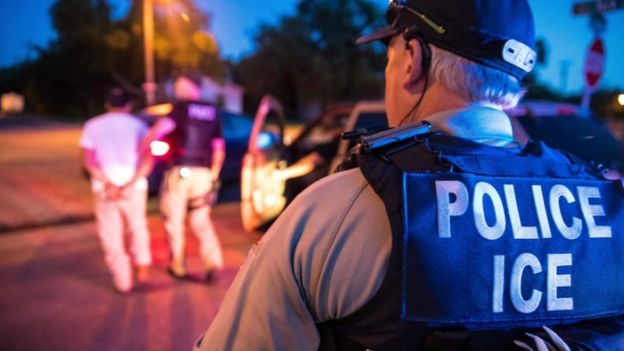 Bullets fired at US Immigration and Customs Enforcement (ICE) offices in Texas were a “targeted attack” against federal employees, the FBI has said.

Several shots were fired at around 03:00 local time (08:00 GMT) on Tuesday at the offices in San Antonio.

Two neighbouring buildings came under fire, but no injuries were reported, the FBI said in a statement.

The FBI said it was “reviewing surveillance footage” as part of its investigation into the shootings.

No arrests have been made and investigators are looking for suspects, according to US media reports

In a statement, ICE blamed the shootings on “political rhetoric” and “misinformation” about the Trump administration’s detention policies.

ICE under the Trump administration has been heavily criticised for its treatment of undocumented immigrants held at detention centres near the US-Mexico border.

Mr Combs said those responsible for firing the shots “did some research” because they “knew what floors ICE was on, and they hit those”.

“All of the shots that we have found are on the floors where ICE had offices,” Mr Combs said, calling the incident “a very targeted attack”.

Although no one was injured, Mr Combs said “we could be here today talking about the murder of a federal official” had the bullets “gone two inches in another direction”.