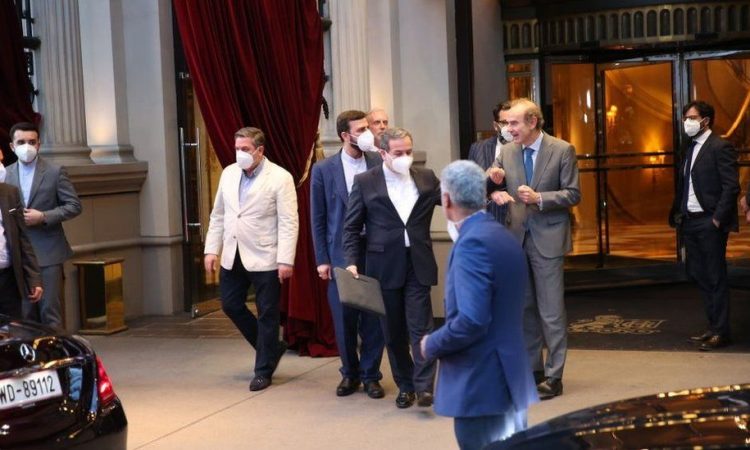 Israel’s Prime Minister has called on the US and its allies to “wake up” to the threat of Iran as talks continue to revive a landmark deal to limit the country’s nuclear programme.

Diplomats said progress was made in Vienna today to renew the deal, which the US withdrew from under President Trump.

The election race was widely seen as being designed to favour Mr Raisi. The president-elect – who will be inaugurated in August – is under US sanctions and has been linked to past executions of political prisoners. He is is Iran’s top judge and holds ultra-conservative views.

Iran insists its nuclear programme is peaceful. Suspicions it was being used a cover to build a nuclear bomb led to crippling sanctions from the EU, US and UN Security Council in 2010.

Five years later Iran reached a deal with six powers – the US, UK, France, China, Russia and Germany – that saw it limit its nuclear activities in return for sanctions relief. Israel however condemned the deal.

Former US President Donald Trump unilaterally withdrew from the agreement in 2018 and brought back in the tough sanctions. His successor Joe Biden is now looking for a way for the US to rejoin.

Negotiators from the six signatory countries and Iran have been holding talks in Austria’s capital Vienna since April.

On Sunday they gathered for a sixth round of indirect talks between the US and Iran about reviving the agreement, but adjourned for the delegates to return to their capitals.

A spokesman for the US State Department earlier said the indirect talks would still continue after Mr Raisi takes power.

Iranian Deputy Foreign Minister Abbas Araqchi told state television on Sunday that the parties are “now closer than ever” to a deal, but added that bridging the remaining distance between them “is not an easy job”. He said the Iranian team will now return to Tehran for consultations.

Enrique Mora, envoy for the EU, echoed Mr Araqchi. “We are closer than we were one week ago. But we are not still there,” he said. Progress on technical issues has given them greater clarity, he said, and “allows us to have also a clear idea of what the political problems are.”

US national security adviser Jake Sullivan meanwhile said there was “still a fair distance to travel” on issues including sanctions, adding that the final decision lies with Iran.

Iran and Israel have been in a long-running “shadow war”, which has resulted in both countries taking part in tit-for-tat actions, but so far avoiding all-out conflict.

Ayatollah Khamenei – Iran’s supreme leader – has repeatedly called for the elimination of the state of Israel. In 2018, he described the country as a “cancerous tumour” that had to be removed from the region.

Israel sees Iran as a major threat and has repeatedly insisted that Iran wants to develop nuclear weapons.

Iran is currently enriching uranium at its highest levels ever – although still short of what is needed to make nuclear-grade weapons.

Israel’s new Prime Minister Naftali Bennett told his cabinet on Sunday that this was “the last chance for world powers to wake up… and understand who they are doing business with”.

“A regime of brutal hangmen must never be allowed to have weapons of mass destruction.”

Recently the hostilities between the two countries have escalated again.

Iran blames Israel for the murder of its top nuclear scientist last year and an attack on one of its uranium enrichment plants in April.