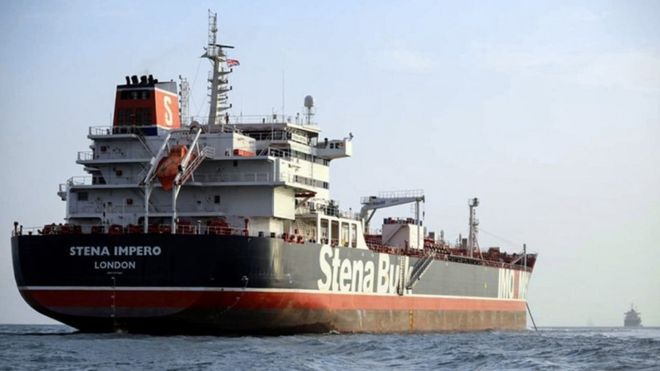 Iran has seized another foreign tanker in the Gulf, Iranian state media say.

A Revolutionary Guard Corps commander was quoted as saying its naval forces had “seized a foreign tanker in the Persian Gulf that was smuggling fuel for some Arab countries”.

It said the tanker was carrying 700,000l of fuel, adding that seven sailors had been detained.

The reported incident comes amid high tension after the US tightened sanctions on Iran’s oil sector.

The sanctions were reimposed after Washington’s unilateral withdrawal from a landmark 2015 nuclear deal.

This is the second time Iran has accused a tanker of smuggling fuel. On 13 July the Iranian coastguard detained the Panama-flagged MT Riah.

The Revolutionary Guards’ Sepah News site said at the time that the ship was seized during naval patrols aimed at “discovering and confronting organised smuggling”.

Also last month, Iran seized British-flagged tanker the Stena Impero in the Strait of Hormuz, saying it had collided with a fishing vessel.

The US has blamed Iran for two separate attacks using explosives which damaged oil tankers in the Gulf of Oman in May and June – an allegation Tehran has denied.