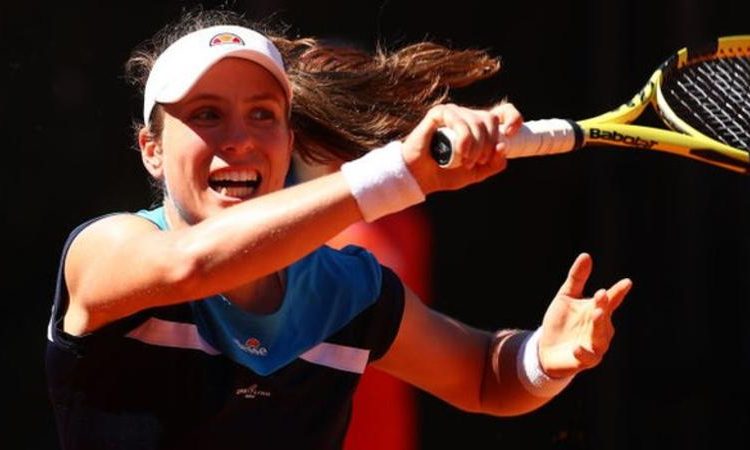 The Briton, 27, made light work of the deciding set to record a seventh clay court victory of the year in two hours 33 minutes in Rome.

Due to persistent rain on Wednesday, the Briton will play twice on Thursday and faces Venus Williams next.
Konta made the perfect start against Stephens, breaking the American twice before saving four break points to take a 4-0 lead.

But 2017 US Open champion Stephens rallied impressively to recover her deficit before sealing a first-set tie-break 7-3.

The Briton made a crucial break at 4-4 in the second set to force a decider, and won three consecutive break points in the third to close out the match.