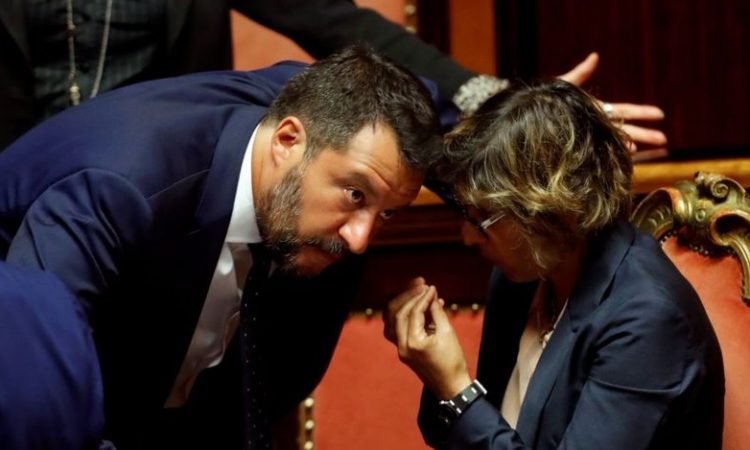 A failed attempt by the Five Star Movement to derail plans for a high-speed rail link showed the coalition could no longer govern, he said.

Salvini’s right-wing party is well ahead in opinion polls, due mainly to his stance against illegal immigration.

Salvini is also very active on social media and has developed a “man of the people” image, pushing for tax cuts despite Italy’s €2.3tn (£2.1tn) debt mountain, which is second only to Greece’s in the EU.

In last year’s election, Five Star won twice as many votes as the League, but polls suggest the proportions have been reversed.

In European elections held in May the League came top with 34% of the votes in Italy, whereas Five Star got about 17%.