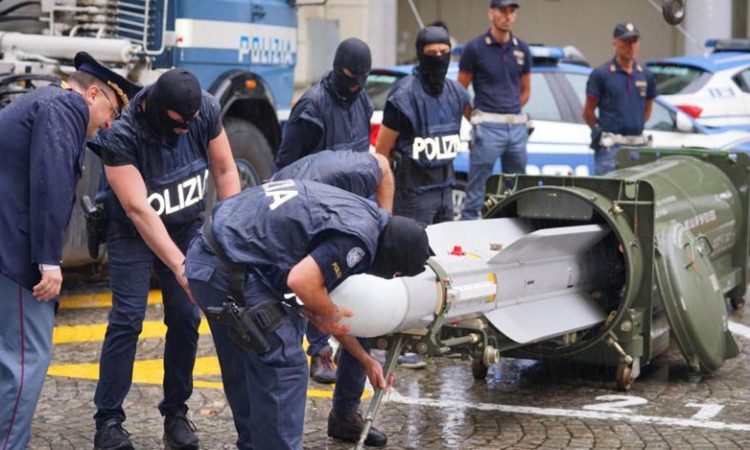 Anti-terrorism police in northern Italy have seized an air-to-air missile and other sophisticated weapons during raids on far-right extremist groups.

Three people were arrested – two of them near Forli airport. Neo-Nazi propaganda was also seized, in raids in several cities.

Italian media say the raids were part of an investigation into Italian far-right help for Russian-backed separatist forces in eastern Ukraine. The missile is reported to be Qatari.