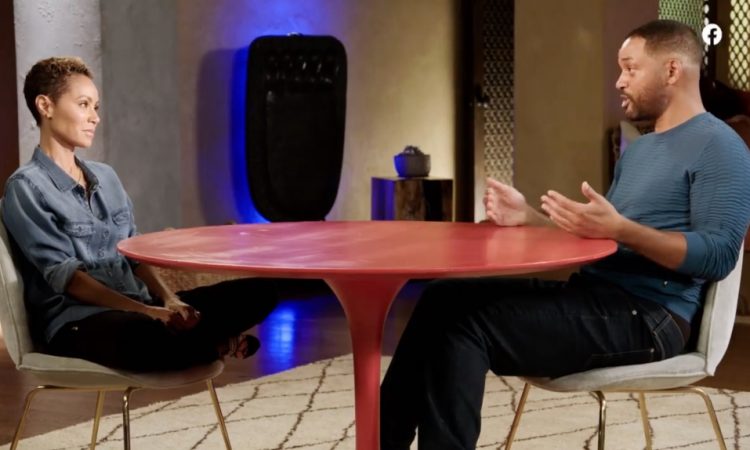 Jada Pinkett Smith has revealed on her chat show in a heart-to-heart with husband Will Smith that she did have a relationship with singer August Alsina.

Speaking to Smith on her Facebook show Red Table Talk, the actress said that the relationship happened while the pair were separated.

“We were over,” she says. “From there, as time went on, I got into a different kind of entanglement with August.”

Mr Smith then presses her, saying “an entanglement? A relationship.”

“I was in a lot of pain and I was very broken,” she countered.

The pair have been married since 1997, have two children together, and said they are currently back together after a split.

The couple said they wanted to do the show to clear up speculation circulating in the media over an interview August Alsina recently gave to a radio morning show, The Breakfast Club.

The rapper said he had been in a relationship with Pinkett Smith and that Smith had given the affair his “blessing”, leading to speculation that the Hollywood power couple were in an open marriage.

“The only person that can give permission in that particular circumstance is myself,” Pinkett Smith said.

“I could actually see how he would perceive it as permission because we were separated amicably and I think he also wanted to make it clear that he’s also not a home-wrecker. Which he’s not.”

She had not spoken to the rapper in years, she added.

Smith asked her what she felt she was looking for in the “interaction” with Alsina about four-and-a-half years ago.

“I just wanted to feel good,” she replied, as her husband nodded sympathetically. “It had been so long since I had felt good.”

Now the couple are back together, Pinkett Smith said they had reached a place of “unconditional love”.

Towards the end of the interview, Smith told her: “I’m gonna get you back first.”

Pinkett Smith laughed and responded: “I think you got me back! I think we’re good on that.”

At the end of the chat, the pair fist-bumped.

“We ride together, we die together. Bad marriage for life,” they said in a quote derived from Smith’s Bad Boys movies.

Admin2 years agoAugust 31, 2020
287
A man who inspired a Hollywood film about the 1994 Rwandan genocide has been arrested for leading "terrorist movements", officials...