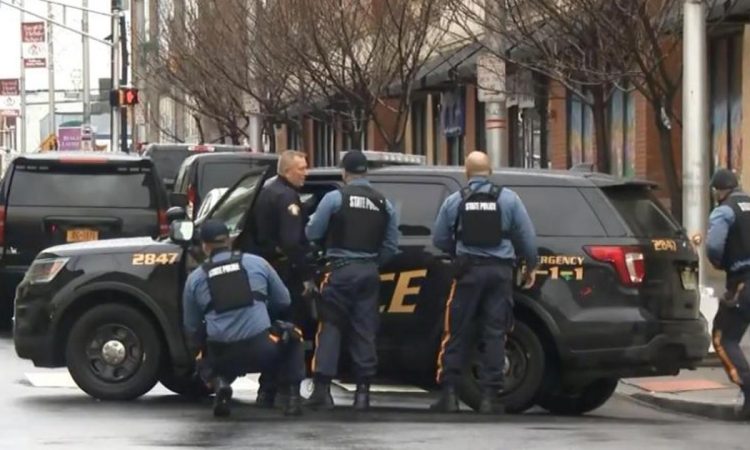 A police officer and at least five other people have died in a series of “furious” gun battles in Jersey City, in the state of New Jersey.

Two other police officers were also wounded during the incident, which culminated in a shootout after gunmen barricaded themselves in a shop.

Several local schools and businesses were also put on lockdown.

A motive for the incident has not yet been established. Authorities say they do not believe it was a terror attack.

Authorities have identified the police officer who died as Joseph Seals, 39, who had worked with the force for 13 years.

It is believed that Mr Seals was killed while trying to apprehend the two suspects, who fled the scene in a truck and took shelter in a nearby kosher supermarket where the continued to fire at police.

Mr Kelly said they were armed with “high powered rifles” and fired “hundreds of rounds of ammunition”.

Dozens of armed law enforcement officials, including Swat teams and federal agents, were deployed to the scene during the ensuing shootout, which killed five people in the shop, including the two suspected gunmen.

Mr Kelly said they believe the three others were shot dead by the suspects.

“We think this was all bad guy fire,” he said.

At least one survivor from the business is being treated for injuries, and the van used by the suspects is being investigated by bomb disposal specialists.