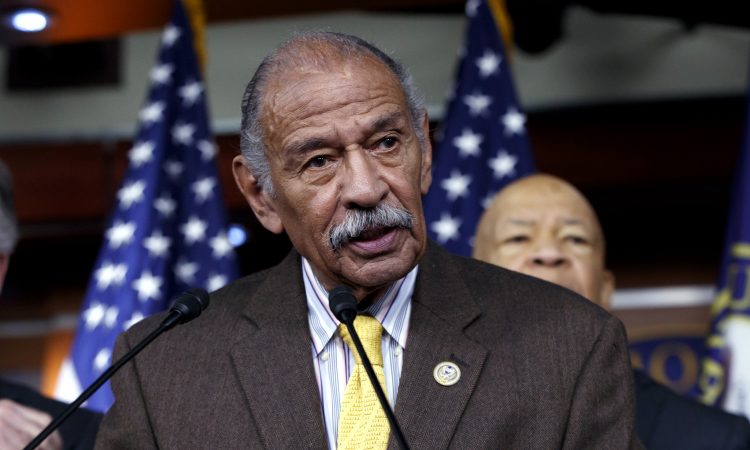 The longest-serving black member of the US Congress, John Conyers, has died at the age of 90, police in Detroit say.

The Democrat resigned under a cloud of sexual harassment allegations in December 2017 after a career lasting nearly 53 years.

In office, he was known for his liberal stance on civil rights and liberties.

He memorably fought for 15 years to make the birthday of Martin Luther King what it is today – a national holiday.

Conyers was also a founding member of the Congressional Black Caucus.

Born on 16 May 1929, he grew up in Detroit and served in the military for nearly a decade, including 12 months in Korea during the war there (1950-53) when he was a Combat Engineers officer.

“I like to think that my worldview was broadened by my military experience,” he later reflected, according to USA Today.

Going on to train as a lawyer, he became involved in the civil rights movement.

In 1964, he narrowly won his first election in Michigan, becoming one of just six black members of the House of Representatives.

He began his campaign to create “MLK Day” (a movable holiday which next falls on 20 January) just days after the civil rights champion was assassinated in 1968.

It was finally signed into law by President Ronald Reagan in 1983.

He was involved in reforms ranging from the Violence Against Women Act of 1994 and the Hate Crimes Act of 2009 to the Jazz Preservation Act of 1987, the Detroit News recalls.

He was also the only House Judiciary Committee member to have sat in on two presidential impeachment hearings: for Richard Nixon in 1974 over Watergate, and for Bill Clinton in 1998 over his relationship with a female intern.