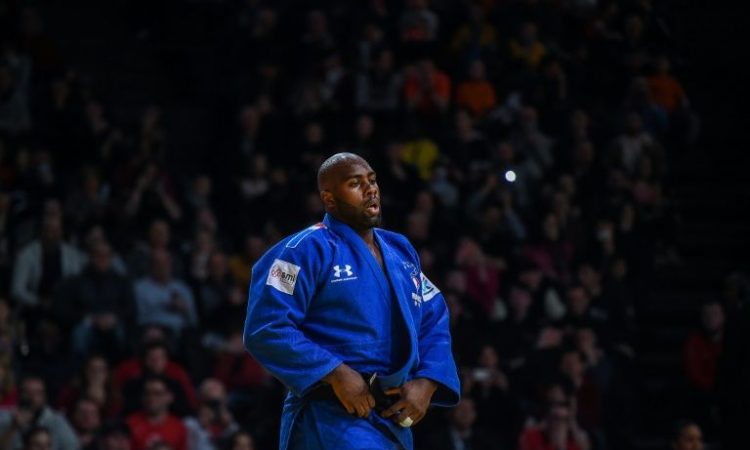 One of sport’s longest winning runs came to an end on Sunday when two-time Olympic and serial judo world champion Teddy Riner was beaten for the first time in over nine years.

After 154 successive wins, the 30-year-old Frenchman, who competes in the 100-kilogramme heavyweight category, was beaten by ippon by the Japanese Kokoro Kageura in the third round of the Paris Grand Slam.

Riner’s last defeat was back in September 2010 when he was controversially beaten by another Japanese Daiki Kamikaw in the openweight final at the world championships in Tokyo.

The defeat comes five months before the Tokyo Olympics when Riner will hope to emulate the lightweight judoka Tadahiro Nomura in winning gold at three successive Olympics.

“If this happens at the Games I’ll be annoyed. Better this happens now than then,” a light-hearted Riner said afterwards.

“But I’ll tell you another thing too. It’s a relief in a way. Counting wins as I closed in on (Yasuhiro) Yamashita’s record (203 wins) was really heavy.”

Yamashita, whose run began in 1977, won four world titles and gold at the Los Angeles Games in 1984 before retiring in 1985 with his record intact. He did not take part in the 1980 Olympics in Moscow because of a Japanese boycott over the Soviet invasion of Afghanistan.

Ten-time world champion Riner’s record still ranks alongside some of the greats of the sporting world.

Heavyweight champion Rocky Marciano never lost a fight in his professional career, winning 49 in a row between 1947 and 1955 while the Mexican Julio Cesar Chavez, a world champion at three different weights, won 87 consecutive fights before drawing with Pernell Whitaker in 1993.