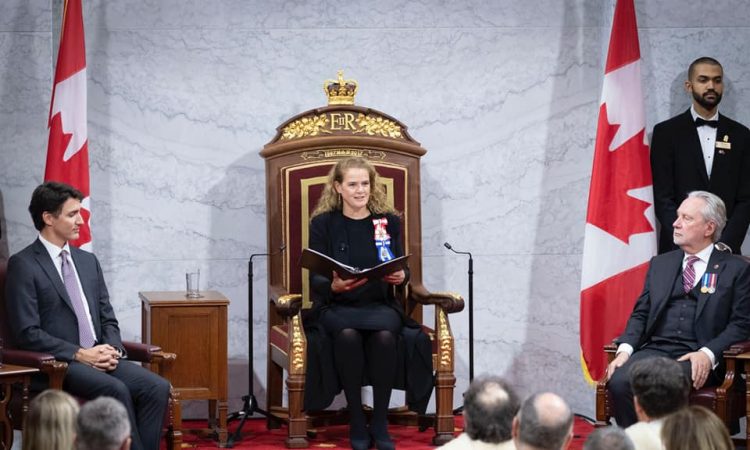 Canadian Governor General Julie Payette has resigned amid claims she created a toxic work environment for her staff.

The representative of the head of state, Queen Elizabeth II, quit amid reports a highly critical workplace inquiry would be made public.

Prime Minister Justin Trudeau confirmed he had received her resignation.

He had recommended the appointment of the former astronaut in 2017, though her exit has no immediate implications for his Liberal government.

“Everyone has a right to a healthy and safe work environment, at all times and under all circumstances,” Ms Payette, 57, said in a written letter to the public on Thursday.

“It appears this was not always the case at the Office of the Secretary to the Governor General. Tensions have arisen at Rideau Hall over the past few months and for that, I am sorry.

“From a personal side, this decision comes at an opportune time, as my father’s health has seriously worsened in the last few weeks and my family needs my help,” she added.

Ms Payette has held a high profile in Canada for many years. In 1992, she was chosen from over 5,300 applicants to become one of four astronauts in the Canadian Space Agency. In 1999, she became the first Canadian to board the International Space Station.

As The Queen’s representative in Canada, the governor general is the official head of state in her absence.

Although the position is largely ceremonial, the governor general presides over important state duties.

He or she has the power to give a throne speech and suspend parliament, give royal assent to legislation, swear in the prime minister and is commander-in-chief of the Canadian Armed Forces.

“Every employee in the Government of Canada has the right to work in a safe and healthy environment, and we will always take this very seriously,” Mr Trudeau said in a statement.

“Today’s announcement provides an opportunity for new leadership at Rideau Hall to address the workplace concerns raised by employees during the review.” He did not thank Ms Payette.

Mr Trudeau said Chief Justice of Canada Richard Wagner would act as governor general in the interim. The prime minister said he would submit recommendations for Ms Payette’s replacement to the Queen “in due course”.