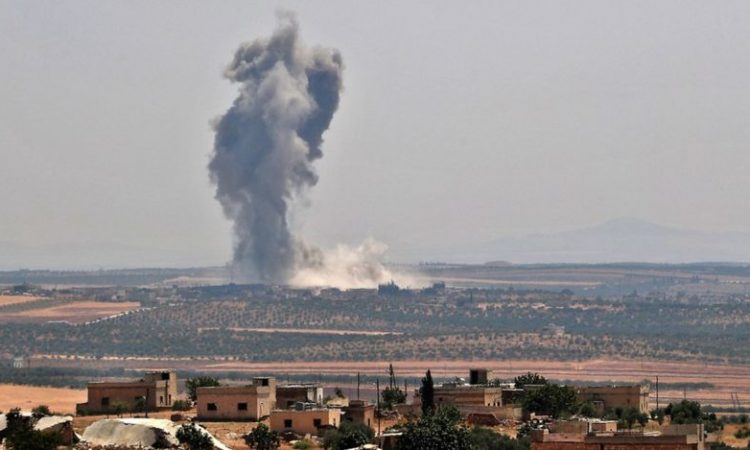 Syrian opposition forces have withdrawn from the strategic town of Khan Sheikhoun, deep in the last rebel-held province.

Government forces, backed by Russia, closed in on the town in recent weeks, five years after rebels took over.

Rebels told the BBC that fighters pulled out of the town on Tuesday.

But an official statement from the main jihadist group in Idlib province, Hayat Tahrir al-Sham (HTS), characterised it as a “redeployment” of forces.

The fate of the town seemed to be in flux on Tuesday, as the UK-based monitoring group the Syrian Observatory for Human Rights reported it had fallen to government forces.

But then HTS issued a statement saying it had redeployed its fighters in the town after coming under a major bombardment.

Khan Sheikhoun has long been a flashpoint in Syria’s civil war.

It was the site of a chemical weapons attack in 2017, which UN experts blamed on Syria. The incident prompted military strikes by the United States.

The conflict in Syria has been going on for more than eight years.

Khan Sheikhoun is a strategically significant battleground in Idlib province. It lies along the Damascus-Aleppo road, which connects the two largest cities and runs through rebel-held territory.

It has been the subject of a major offensive by the forces of President Bashar al-Assad in recent months. Hundreds of civilians have been killed, and hundreds of thousands more driven from their homes.

Idlib province – along with parts of northern Hama and western Aleppo – make up the last strongholds of the armed opposition.