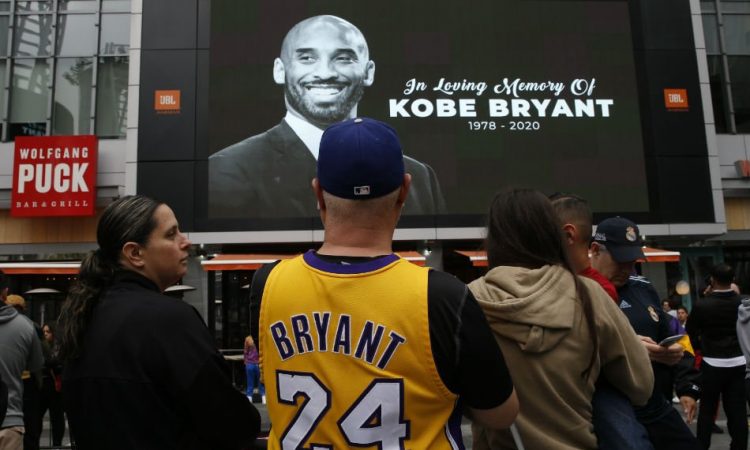 Kobe Bryant used a ferocious competitiveness and uncanny shooting touch to become an NBA icon, leaving behind a legacy that has influenced the newest generation of league talent and fans worldwide.

From his 81-point game, the second-best scoring performance in NBA history, to five NBA titles in 20 years of dazzling performances with the Los Angeles Lakers, Bryant delivered a relentless attitude that attracted a global following before his death Sunday at age 41 in a helicopter crash.

Bryant joined giant center Shaquille O’Neal to spark the Lakers to NBA titles in 2000, 2001 and 2002, becoming at the age of 23 the youngest player to capture three titles.

A bitter feud with Bryant saw “Shaq” depart, with Bryant portrayed as never having had childish ways while O’Neal never outgrew them.

That left Bryant without the inside force needed to capture the crown until Spain’s Pau Gasol arrived, and the Lakers won titles in 2009 and 2010 with Bryant in command and later patching things up with O’Neal.

Bryant sparked the US Olympic team to gold medals at the 2008 Beijing and 2012 London Olympics and became a global celebrity as much for his personality as his playmaking.

Bryant’s fierceness was legendary and led him to nickname himself the “Black Mamba” for his ability to strike quickly with deadly scoring accuracy.

There were spectacular nights, but nothing topped his 81-point effort against the Toronto Raptors on January 22, 2006, a mark surpassed only by Wilt Chamberlain’s 100-point game in 1962.

Bryant scored 65 points in a 2007 win over Portland, then followed with 50 points against Minnesota, 60 at Memphis and 50 more against New Orleans — the third-longest run of 50-point games in NBA history behind two from Chamberlain.

Some say Bryant saved the best for last, scoring a league season-high of 60 points against Utah in his final NBA game in 2016, becoming the oldest player in league history to crack that milestone at age 37.

“I love everything about this game,” Bryant famously said. “For me, it’s not a part of life, it is life, and it’s a part of me.”

But it wasn’t a smooth path to stardom. In addition to nagging injuries that slowed his later seasons, Bryant faced a major rape controversy that delivered a body blow to his endorsements image.

Bryant, a father of four who married wife Vanessa in 2001, faced his darkest hour in 2003 when he was arrested in Colorado over a sexual assault allegation filed by a 19-year-old employee of a hotel where Bryant was staying ahead of knee surgery.

Bryant was accused of rape. He admitted to adultery but said he did not commit rape. In 2004, the case was dropped after the accuser refused to testify in a trial, and Bryant issued an apology saying he could understand how she might feel there was not consent.

A separate civil suit was settled under terms kept private.

Knee and ankle injuries mounted as years began to take a toll on Bryant. He missed most of the 2013-14 season with a left knee injury and much of his penultimate campaign with a torn right rotator cuff, then announced his retirement by saying, “My body knows it’s time to say goodbye.”

Kobe Bean Bryant, the son of former NBA player Joe “Jellybean” Bryant, was born in Philadelphia in 1978 while his father played for the NBA’s 76ers, the child named for the Japanese beef seen on a menu and his father’s nickname.

The elder Bryant played from 1984 to 1991 in Italy, giving young Kobe a global worldview as he grew up dreaming of following his dad into the NBA.

“When I was growing up in Italy, it opened up a whole new world to me and I thought anything was possible,” Kobe told AFP in 2009.

Bryant became one of the first NBA players to seek out a growing fan base in China, blogging for Chinese internet giant SINA in 2009.