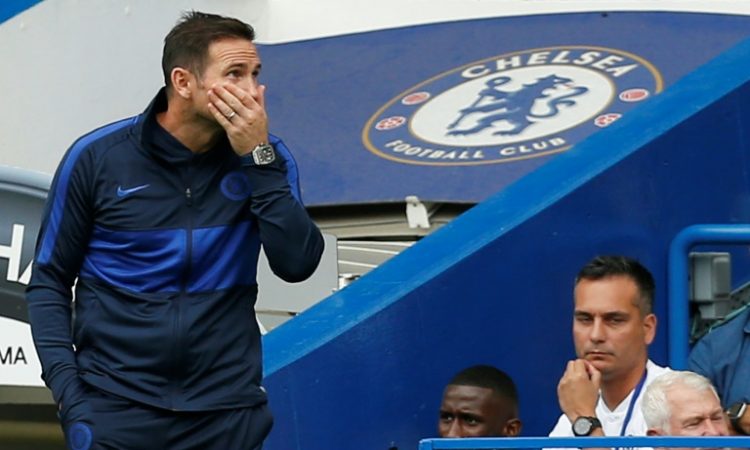 Frank Lampard refused to single out individuals for blame after his Chelsea side let a two-goal lead slip to be held 2-2 by Sheffield United at Stamford Bridge on Saturday.

But the former England and Chelsea midfielder was unsparing in his criticism of social media platforms on which his defender Kurt Zouma was the victim of racist abuse after his late own goal cost Chelsea two points.

“We have to look at social media and the platforms and give them some accountability, to actually have people registered who can be chased down for it,” Lampard said.

“I think it’s simple. Until we get to that, however horrible the conversation is, we are all going to get tired talking about it because if there’s no culpability then anyone can say anything to anyone.

“I don’t care if it’s racism, it could be homophobia, sexism -– if we allow it then it’s out there and it has to be dealt with.

“I think we have plans (to meet companies). Everyone knows where we want to go with it and not just with our players, any player.”

Lampard is still waiting for his first win at Stamford Bridge as Chelsea manager after his side blew a 2-0 lead to draw 2-2 at home to Sheffield United on Saturday.

Lampard’s faith in Tammy Abraham was again rewarded as his two opportunist strikes had Chelsea well on course for the three points at half-time.

But the early matches of the season have raised more questions about Chelsea’s defence than their attack, and that was the case again.

United levelled with goals at either end of the second half from Callum Robinson and Zouma’s own goal.

Some had identified Zouma as the weak link after the 4-0 defeat away to Manchester United but here Lampard chose to keep Zouma and replace Andreas Christensen with Fikayo Tomori, 21, who played for him on loan at Derby County last season.

The result was Chelsea’s youngest-ever starting XI in a Premier League match.

But Lampard refused to blame the youth of his team or individuals.

“It’s not defence, it’s conceding as a team,” he said.

“There was a lack of concentration and mistakes at moments for the goals but you defend as a team as much as you attack as a team.

“We conceded because we switched off in a game we should be comfortably seeing out, and that is no disrespect to Sheffield United.

“2-0 was not the end of the story and I was clear on that with the players at half time.

“The first goal was disappointing because that allowed (the comeback) but we only have ourselves as a group to look at, not individually.”

He also denied that he was concerned about the defenders he has at his disposal.

“Antonio Rudiger is fit again after the international break so he gives me another choice.

“But as I said before, we can isolate goals and talk about centre backs but I trust completely the four centre backs that I have.

“We’re just at a moment now when we obviously need to stop conceding so many goals.

“I couldn’t care less that we’ve got our youngest team in Premier League history.

“It was a plus last week and I don’t think it relates at all.”