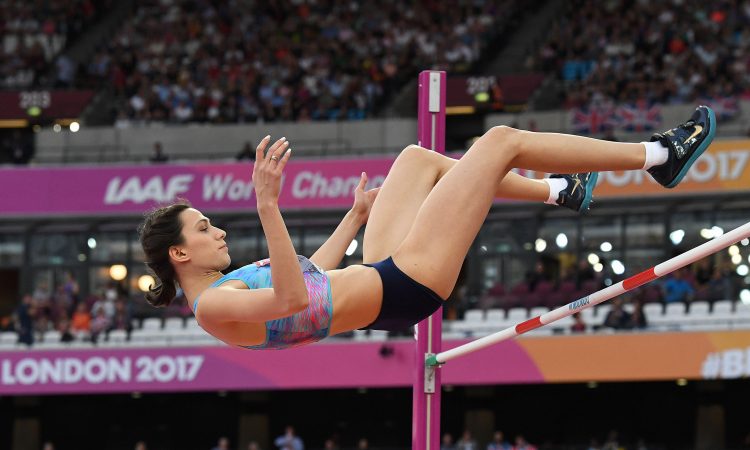 The 26-year-old, who is one of only 30 Russian athletes allowed to compete in Doha under the authorised neutral athlete banner, took gold ahead of Ukraine’s Yaroslava Mahuchikh.

Lasitskene, the 2015 and 2017 champion, claimed victory after clearing a height of 2.04m to win on countback ahead of Mahuchikh.

“Today I really struggled for every jump,” Lasitskene said.

“It was like in a fairytale to get a third world title. My whole country expected me to be on the podium. I had to cope with this pressure.”

The win marked another career milestone for Lasitskene, who has dominated international high-jumping in recent years.

Lasitskene was barred from the 2016 Olympics after Russia was banned from the games over the country’s doping scandal.

But Lasitskene has since been allowed to compete as a neutral athlete, a status handed to athletes who are deemed to be above suspicion by the International Association of Athletics Federations.

She will now chase a first ever gold medal at next year’s Tokyo Olympics, where she may have to compete as a neutral athlete once more if Russia’s ban from international athletics remains in place.

“Today I just want to enjoy today to the full,” Lasitskene said.

“Of course I’m preparing for the Olympics, and this is part of the process. I really hope everything will be okay and I will jump in 2020.”