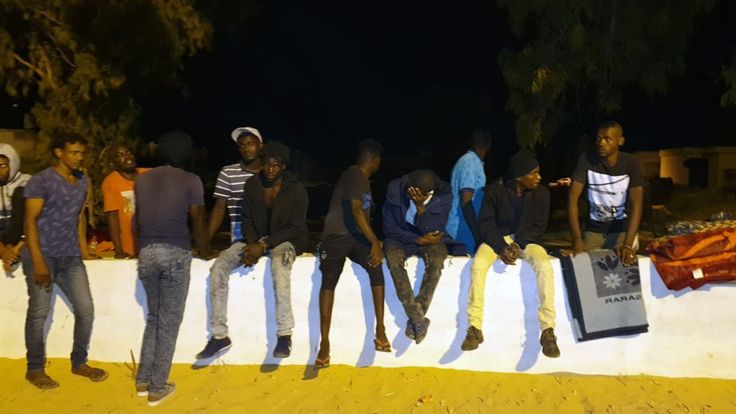 An attack has killed up to 40 migrants at a detention centre on the outskirts of the Libyan capital Tripoli, government officials say.

Some 80 people were injured at the centre, which the UN-backed government says was hit by an air strike.

Most of the dead are believed to be Africans, attempting to reach Europe on clandestine sea crossings from Libya.

The country has been torn by violence and division since long-time ruler Muammar Gaddafi was deposed and killed in 2011.

Some 120 migrants were inside a hangar at the Tajoura Detention Centre which took a direct hit on Tuesday evening, emergency services spokesman Osama Ali told AFP news agency.

Women and children were among those hit, Guma El-Gamaty, a member of the UN-backed political dialogue group, told BBC World Service.

An official in the Libyan health ministry, Doctor Khalid Bin Attia, described the carnage for the BBC after attending the scene.

The UN-backed Government of National Accord (GNA), led by Prime Minister Fayez al-Sarraj, accused the self-styled Libyan National Army (LNA) of carrying out an air strike on the centre.