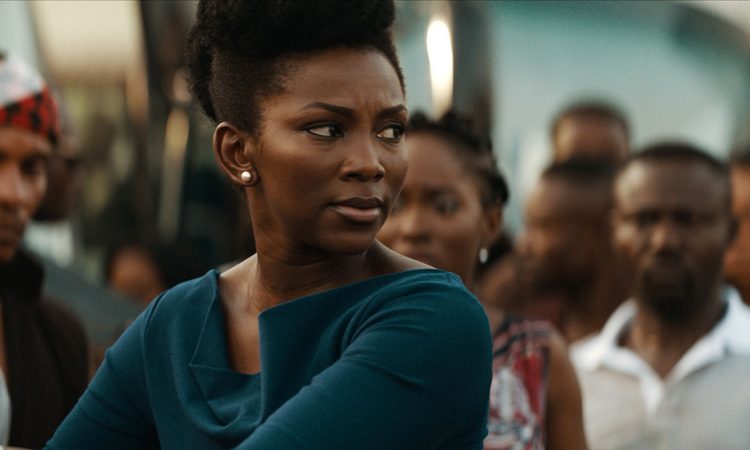 Nigeria’s first-ever Oscar submission for best international feature film has been disqualified by award organisers, sparking criticism from its director.

Films in this category, formerly best foreign language film, must have “a predominantly non-English dialogue track”.

However, the 95-minute film Lionheart is largely in English, with an 11-minute section in the Igbo language.

But some in Nigeria questioned why it had been submitted in the first place, given the clear rules around what films are eligible for the category.

The disqualification of the film by The Academy of Motion Picture Arts and Sciences was announced to voters in an email on Monday, according to The Wrap.

Ava DuVernay, director of Selma and A Wrinkle in Time, questioned the decision on Twitter, pointing out that English is Nigeria’s official language.

“You disqualified Nigeria’s first-ever submission for Best International Feature because its in English. But English is the official language of Nigeria. Are you barring this country from ever competing for an Oscar in its official language”

Ms DuVernay became the first black woman to direct a live-action film with a budget of more than $100m in 2016.

Ms Nnaji, who directed and starred in Lionheart, thanked Ms DuVernay for speaking out, saying the film “represents the way we speak as Nigerians”.

She added: “This includes English which acts as a bridge between the 500+ languages spoken in our country.”

In another tweet, she said: “We did not choose who colonized us. As ever, this film and many like it, is proudly Nigerian”.

The best foreign language film category was changed ahead of the 2020 awards to best international feature film, with the Academy saying that the reference to “foreign” was “outdated within the global filmmaking community”.