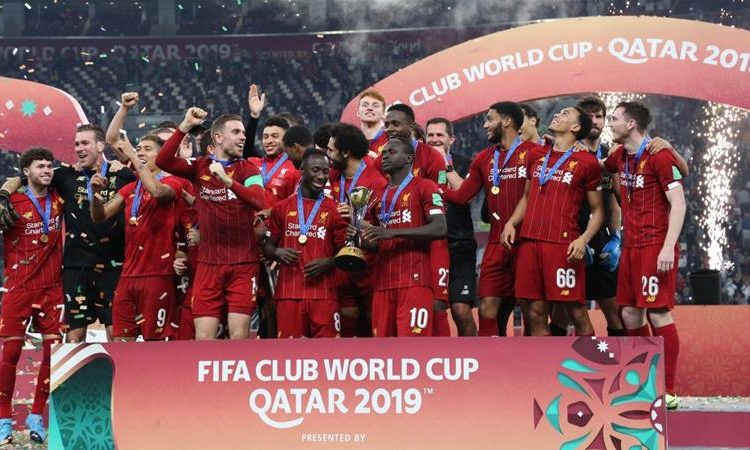 Liverpool have made winning trophies a habit in 2019 and Jurgen Klopp’s side return to England and to their push for the Premier League title galvanised after being crowned world champions in Qatar on Saturday.

It is an honour the Anfield side had never before claimed but which is now theirs after Roberto Firmino’s extra-time goal secured a 1-0 victory over Flamengo in a hard-fought Club World Cup final in Doha.

The latest piece of silverware is Liverpool’s third in little over six months, after they won the Champions League in June and began this season by winning the UEFA Supercup on penalties against Chelsea.

“The year 2019 for the club has been outstanding,” said defender Virgil van Dijk.

“But we shouldn’t be satisfied with it. We should keep going, keep striving for more, and keep wanting more trophies.”

Van Dijk returned against Flamengo after illness kept him out of the 2-1 semi-final victory against Monterrey and that determination to be back playing summed up Liverpool’s attitude towards the competition.

The Club World Cup is not held in the highest regard in Europe, coming in the middle of a busy club season.

That is in contrast to South America, with Flamengo’s huge support in Doha showing just how much Saturday’s game meant to them.

“It might have been different had we got beat, then maybe some people would have said we were wasting our time or whatever,” acknowledged Andy Robertson.

“But for us even if we did lose it was all worthwhile because we had a chance to win a trophy that the club had never won before.”

He added that “2019 has been incredible, we have won three trophies and hopefully in 2020 there is a couple more for us.”

Liverpool will continue their defence of the Champions League with a last-16 tie against Atletico Madrid in February, and host local rivals Everton in the FA Cup third round on January 5.

However, the Premier League is the one they really have in their sights as they seek a first English title since 1990.