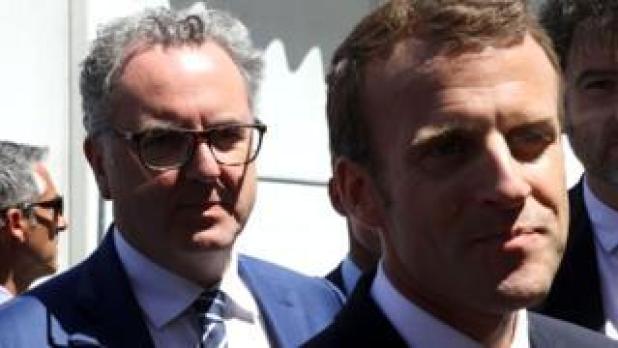 A close ally of French President Emmanuel Macron is being investigated over allegations of financial misconduct linked to property deals.

Richard Ferrand, the president of the French National Assembly, is alleged to have benefited improperly from business agreements made seven years ago.

The case could bring President Macron’s promise to clean up politics into question, although many investigations are dropped before going to court.

Ferrand, who was a prominent member of Macron’s presidential campaign team in 2017, is an important figure in French politics.

As speaker of the National Assembly, he ranks fourth in the state hierarchy under the French constitution.

Ferrand is alleged to have used his position as head of a health insurance company to help his partner, Sandrine Doucen, land a lucrative property deal in 2012.

He is said to have helped Doucen acquire a property with the knowledge that his company, a Brittany fund called Mutuelles de Bretagne, intended to rent as office space. She is reported to have made a large sum from the deal.

The allegations, which first surfaced in 2017, forced Ferrand to resign as a government minister in Mr Macron’s cabinet.

Charges of alleged misconduct were later shelved, however, after a court in Brittany ruled that there was no basis for prosecution, allowing Ferrand to return to politics.

But on Thursday, prosecutors announced that they were proceeding with the case and charged Mr Ferrand with conflict of interest.

Following the news, Mr Ferrand said in a statement that he would remain in his assembly post during the investigation, and that “no new element” had been produced in what he described as a case in which “there is neither harm nor victim”.

President Macron later said that Ferrand still had “all my confidence”.

The French president’s popularity has been volatile since he took office in 2017.

Macron has been forced to abandon policy plans in the face of violent street protests by the “gilets jaunes” (France’s yellow-vest movement) and has become a target for nationalist politicians across Europe.