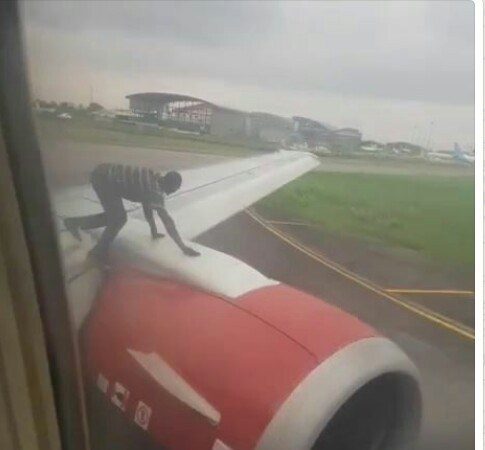 Passengers aboard a Port Harcourt-bound flight were thrown into panic on Friday after a yet-to-be-identified man climbed the aircraft while it was about to take off at the Murtala Muhammed Airport, Ikeja.

According to a viral video shot by one of the passengers in Lagos, the man illegally gained access to the airside with a piece of hand luggage.

The video also showed that the man climbed the aircraft wing and deposited the bag inside one of the engines.

The aircraft was at the holding bay expecting clearance for take-off when the incident occurred.