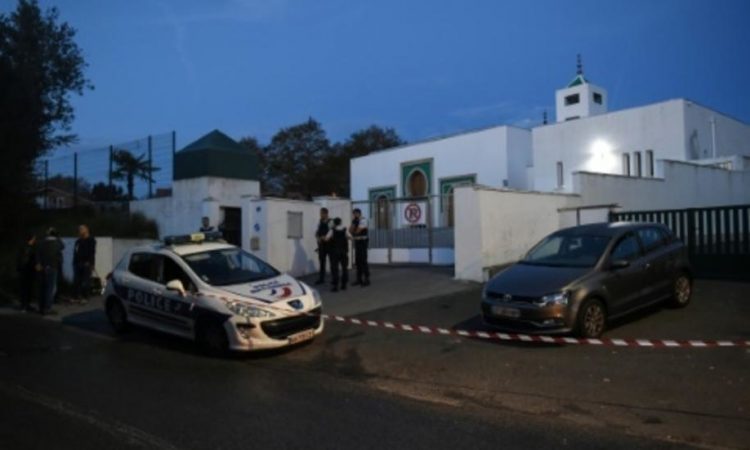 An 84-year-old former candidate for France’s ultra-right party shot and wounded two men in their seventies Monday as he attacked a mosque, prompting the government to express “solidarity” with Muslims hours after railing against Islamic “separatism”.

The octogenarian attacked the mosque as two men were preparing it for afternoon prayers, Bayonne mayor Jean-Rene Etchegaray told AFP at the scene.

The man “approached the building by car and threw an incendiary device against the side door of the mosque,” he said. “The two people came out, he shot at them, hitting one in the neck and the other in the chest and arm. He then fled.”

The victims, aged 74 and 78, were rushed to a nearby hospital with serious injuries, police said.

The man was tracked thanks to his number plate to his home town of Saint-Martin-de-Seignanx, a settlement of some 5,000 people just 16 kilometres (10 miles) from Bayonne, a popular tourist destination in France’s Basque country.

A source close to the investigation identified the man as Claude Sinke, and said he had admitted to being the shooter. He had also set fire to a car outside the mosque.

Sinke had stood as a candidate for Marine Le Pen’s National Front in 2015 regional elections, according to the official list.

President Emmanuel Macron said he “firmly condemns” what he termed a “heinous attack,” in a tweet Monday evening.

“The Republic will never tolerate hatred,” he said. “Everything will be done to punish the perpetrators and protect our Muslim compatriots. I commit myself to it.”

Le Pen, for her part, labelled the attack “an unspeakable act”, and said it was “absolutely contrary to the values of our movement.”

Her National Rally said it had not been in contact with Sinke for months and said he was “no longer a member”.

The mosque has been cordoned off for investigations and a bomb squad was sent to Sinke’s home. A team of psychologists was deployed to the mosque and the hospital to provide trauma care for witnesses.

Police told AFP the man had three sub-military grade weapons, which he had declared to investigators.

The incident came just hours after Macron had urged France’s Muslims to step up the fight against “separatism” in the wake of the latest attack by an Islamist radical on French soil, in which a police employee stabbed four colleagues to death earlier this month.

Macron, a centrist whose main political rival at home is Le Pen, has sought to show he is serious in cracking down on Islamic radicalism after that attack.

In a pre-recorded interview with RTL radio broadcast on Monday, the president said he planned to fight, alongside Muslim leaders, against religious sectarianism and resistance among some French Muslims to integrate.

“It is a fact that a form of separatism has taken root in some places in our Republic, in other words a desire to not live together and to not be in the Republic,” he said.

“It is in the name of a religion, namely Islam,” he said before meeting members of the French Council of the Muslim Faith (CFCM).

The October 3 attack reignited a national debate about secularism, as a politician from Le Pen’s party asked a woman accompanying her son and other children on a school trip to remove her headscarf, describing it as an “Islamist provocation”.

Religion and extremism often get confounded in the ongoing debate as the country seeks to come to terms with a wave of jihadist attacks on its soil since 2015.

Dozens of mosques were targeted by arsonists, but also with firebombs, grenades or even gunfire, after the first in a series of attacks by Islamist radicals — that of 12 people at the Charlie Hebdo satirical magazine.