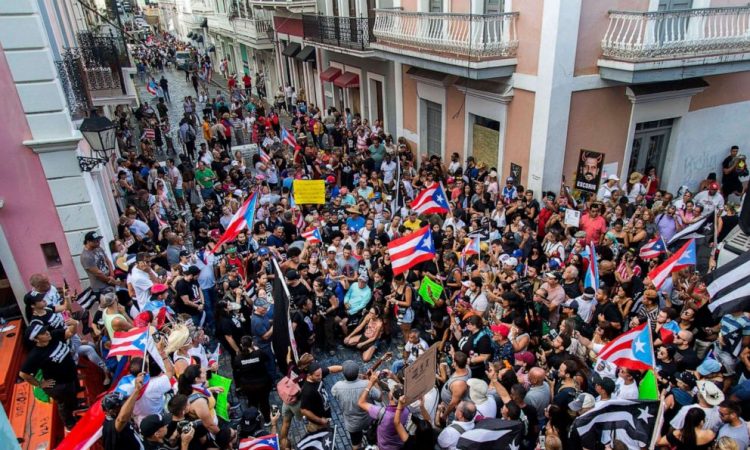 Hundreds of thousands of people have taken to the streets in Puerto Rico to demand the resignation of the island’s embattled governor, Ricardo Rosselló.

It comes a day after Mr Rosselló said he would not step down over a leaked online chat in which he and top aides exchanged obscenity-laced messages.

He said he would leave office next year, at the end of his term.

But protesters have said he must stand down immediately and the number of marchers on the streets has increased.

The leaked text messages included homophobic slurs as well as insults about victims of the deadly Hurricane Maria in 2017.

Asked about the matter, US President Donald Trump said Mr Rosselló was “a terrible governor”.

“You have totally grossly incompetent leadership at the top of Puerto Rico,” he told reporters at the White House. “The leadership is corrupt and incompetent.”