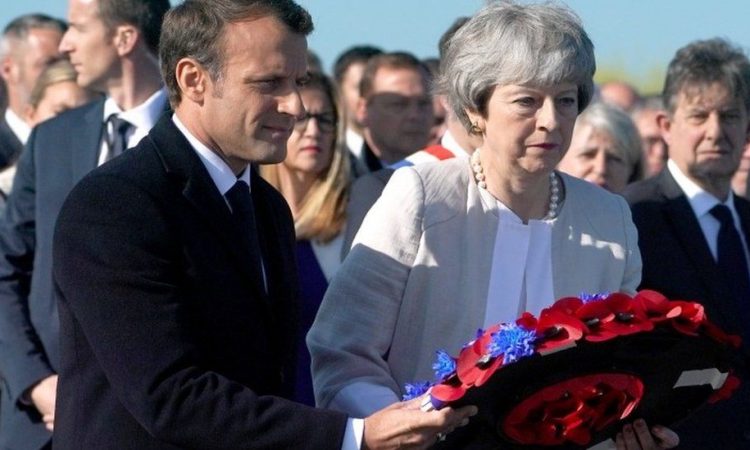 Theresa May and French President Emmanuel Macron have joined D-Day veterans in northern France for a second day of events to mark the 75th anniversary of the Normandy invasion.
May and the French president are attending an inauguration ceremony for a memorial to honour the British troops who died in the Battle of Normandy.
D-Day was the start of the liberation of Nazi-occupied western Europe.
Hundreds of veterans have gathered in Normandy for the anniversary of the largest combined land, air and naval operation in history.
The day’s commemorations mark key events in the operation, which started on 6 June 1944.
Soldiers from the Rifles and the Army Air Corps took part in events to commemorate the first key battle of D-Day
In 1944 it took troops less than 15 minutes to seize Pegasus Bridge, Benouville, clearing the way for the Allies to storm the beaches hours later.