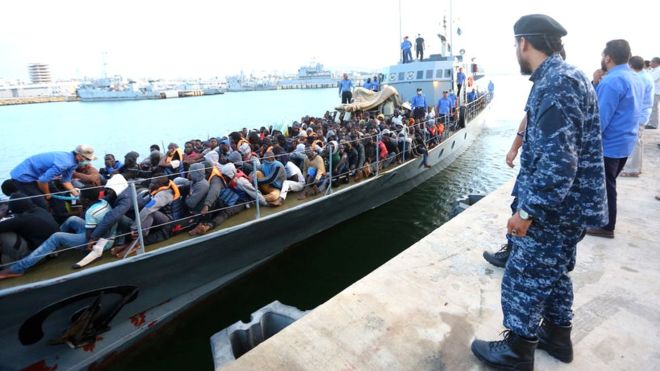 Mediterranean countries say they have taken a key step towards finding out the fate of thousands of migrants — many fleeing Syria’s war — who have gone missing while trying to reach Europe.

At a meeting of the International Commission for Missing Persons in The Hague this week, Cyprus, Greece and Malta pledged to coordinate and beef up their efforts to trace nearly 18,500 migrants who have disappeared since 2014 while making the perilous journey across the Mediterranean.

The four countries are the main point of entry to Europe for many of the migrants fleeing the war in Syria and other regions.

Finding out what happened to those missing — whether they are eventually found alive or whether they have been confirmed dead and their remains found — provides crucial closure for families.

“We are starting a process that is extremely important,” Queen Noor of Jordan, one of the ICMP’s longest-serving commissioners, told AFP in an interview.

“Helping the families and communities that have lost their members in conflict can create a path to truth, justice and reconciliation — and where possible, accountability,” said the Jordanian royal.

Born out of the conflicts in the former Yugoslavia and set up in 1996 in Sarajevo by then US president Bill Clinton, the ICMP uses increasingly sophisticated DNA technology to trace missing persons.

It has already succeeded in identifying around 70 percent of the 40,000 people who went missing in the Balkans conflicts of the 1990s, including around 90 percent of the nearly 8,000 killed in the 1995 Srebrenica massacre.

But it is now turning its attention to one of the biggest human catastrophes of recent times — the migration crisis that has hit the Middle East, North Africa and Europe since 2014.