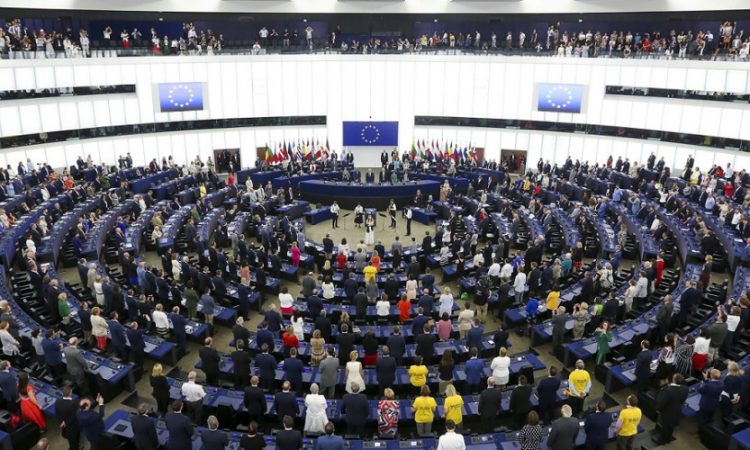 The European Parliament voted Wednesday to choose a new president and fill the final top EU job, a day after Brussels named two women to key posts for the first time.

The new MEPs elected in May’s European polls took office on Tuesday during a brief inaugural session before voting by secret ballot to choose a successor to Antonio Tajani, a conservative from Italy.

The 751-seat parliament — based in Strasbourg, France — is more fragmented than ever after a vote in May that saw solid gains by the liberals and Greens as well as the far right and eurosceptics.

A first round of voting brought no clear winner from the four hopefuls, with the favourite, Italian social democrat MEP David Sassoli, getting most votes with 325 but falling short of the 332 needed for an outright majority.

A second round with the same candidates — Sassoli, German Green Ska Keller, far-left Spaniard Sira Rego and Czech conservative Jan Zahradil — was scheduled for 11:40 am (0940 GMT).

If no-one commands an absolute majority after three rounds of voting, a simple majority would be sufficient in a fourth round, in which only the two leading candidates would participate.

The vote comes a day after the painful agreement reached by the EU’s 28 national leaders in Brussels on nominating a president of the European commission and other key posts.

The two-and-a-half year term as parliament president — effectively the speaker of the chamber — is one of the top jobs that the major European political families are seeking to dole out over the next weeks, even if it is less coveted than that of president of the European Commission or European Central Bank.

The EU leaders on Tuesday filled in most of the puzzle by nominating German Defence Minister Ursula von der Leyen as commission chief and IMF chief Christine Lagarde to head the European Central Bank, though their appointments still need confirmation.

Left unknown is whether the parliament will follow their national leaders’ suggestion that the chamber’s presidency should be shared for the next five years by the Socialists and Tajani’s EPP.

Von der Leyen is expected to visit parliament in the afternoon to court MEPs, whose approval is needed to confirm her position as commission chief.