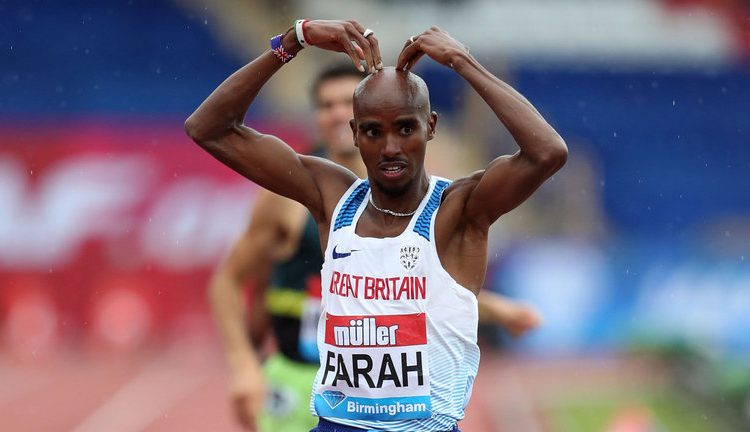 Mo Farah announced Friday he was targeting a return to the track to compete in the 10,000 metres at next year’s Olympic Games.

The Briton has won double gold at each of the last two Olympics, taking the 5,000m and 10,000m crowns in London and Rio, but switched to the marathon in 2017.

Farah, 36, won the Chicago Marathon in 2018 but has decided to return to the track, admitting the marathon had been “a learning curve”.

“I hope I haven’t lost my speed but I’ll train hard for it and see what I can do.”

Farah slashed 37 seconds off the European record with a time of 2hr 5min 11sec when he won in Chicago but with Kenya’s Eliud Kipchoge ruling the marathon world, the Briton was never as dominant at the longer distance as he had been on the track.

“To win the Chicago Marathon was nice, to finish third in London was OK, it was good. It’s been a learning curve for me,” he continued.

Farah has come under intense scrutiny for his cooperation with US coach Alberto Salazar, who has been banned for four years by the US anti-doping authorities.

Farah broke off cooperation with Salazar in 2017.

UK Athletics on Thursday announced a review into its dealings with the coach and his Nike Oregon Project.

The federation’s performance director Neil Black, who once described Salazar as a genius, left his role in October.

Before running in this year’s Chicago Marathon, Farah responded angrily to media questions about his time with Salazar, saying “I was never given anything”.