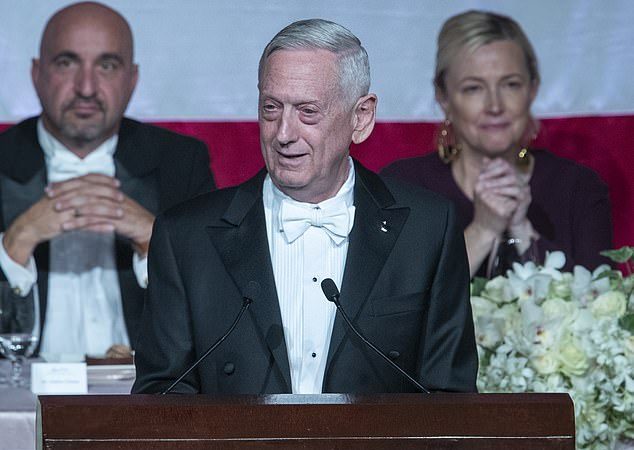 Former US defense secretary James Mattis said he was honored to be the “world’s most overrated general” in a swipe at his former boss Donald Trump who insulted him earlier this week.

“I’m not just an overrated general. I am the greatest, the world’s most overrated,” he said.

“I’m honored to be considered that by Donald Trump because he also called Meryl Streep an overrated actress,” he said.

“So I guess I’m the Meryl Streep of generals, and frankly that sounds pretty good to me,” he said to laughter and applause at the annual Alfred E Smith Memorial Foundation dinner.

“And you do have to admit that between me and Meryl, at least we’ve had some victories.”

“Of course not, I earned my spurs on the battlefield… and Donald Trump earned his spurs in a letter from a doctor,” Mattis said, in a jab at the medical condition which allowed Trump to avoid the Vietnam draft.

“And I think the only person in the military that Mr Trump doesn’t think is overrated is Colonel Sanders.”

The softly spoken but battle-hardened former Marine left the administration last year, saying in his resignation letter that Trump’s worldview was irreconcilable with his own.

“I commanded forces in Iraq and Syria and Afghanistan. I tried to bring some peace and order to places with no organized government, chaotic and warring factions, irrational fears and toxic hatred,” Mattis told diners.

“It was hard work but it wasn’t until I started working in Washington DC that I realized how easy I had it overseas in a combat zone.”

Referring to Trump’s “Mad Dog” nickname for him, the general said he had “turned over a kinder, gentler leaf.”

“I like to think of myself as less of a mad dog and more of an emotional support animal, and that’s really great because the airlines let me fly for free.”

A year on from leaving the administration, Mattis joked: “The recovery process is going well, the counselor says I’ll graduate soon.”

“A year, according to White House time, is about 9,000 hours of executive time or 1,800 holes of golf,” he said in another jab at the president.