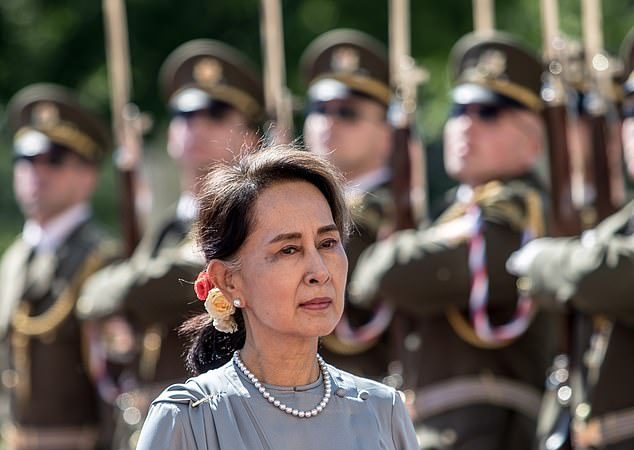 Myanmar’s military has taken control of the country after detaining de-facto leader Aung San Suu Kyi and other politicians in the early hours.

Military TV said a state of emergency had been declared for one year and power transferred.

The coup comes after tensions rose between the civilian government and the military following a disputed election.

Myanmar, also known as Burma, was ruled by the military until democratic reforms began in 2011.

The military said on Monday it was handing power to commander-in-chief Min Aung Hlaing because of “election fraud”. Soldiers are on the streets of the capital, Nay Pyi Taw, and the main city, Yangon.

The United States has condemned the coup, saying Washington “opposes any attempt to alter the outcome of recent elections or impede Myanmar’s democratic transition”.

US Secretary of State Antony Blinken called for the release of all government officials and civil society leaders and said the US “stands with the people of Burma in their aspirations for democracy, freedom, peace, and development. The military must reverse these actions immediately”.

In Australia, Foreign Affairs Minister Marise Payne said “we call on the military to respect the rule of law, to resolve disputes through lawful mechanisms and to release immediately all civilian leaders and other who have been detained unlawfully.”

Mobile internet data connections and some phone services have been disrupted in major cities, while the state broadcaster MRTV says it is having technical issues and is off air.

Communications with Nay Pyi Taw are down and it is difficult to assess the situation there.

In the country’s largest city and former capital Yangon, phone lines and internet connectivity appear to be limited, with many providers cutting their services.

BBC World News television, as well as other international broadcasters are blocked while local stations are off air.

People have been seen lining up at ATM’s in Yangon amid expectations of a cash crunch in the coming days.

Banks have temporarily halted all financial services, according to the Bankers Association.

The NLD won 83% of available seats in the 8 November election in what many saw as a referendum on Ms Suu Kyi’s civilian government.

It was just the second election since the end of military rule in 2011.

But the military has disputed the result, filing complaints at the Supreme Court against the president and the chair of the electoral commission.

Fears of a coup rose after the military recently threatened to “take action” over alleged fraud. The election commission has rejected the allegations.