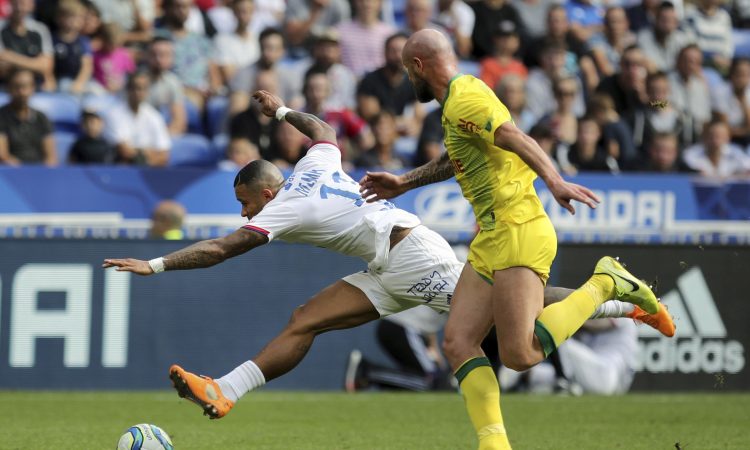 Nantes moved to the top of Ligue 1 on Saturday when they kicked off the weekend’s matches with a 1-0 win at Lyon that tipped the hosts deeper into crisis.

Lyon had the best of the chances but conceded the only goal in freakish fashion just before the hour.

As Samuel Moutoussamy broke into the home area, left back Fernando Marcal slid in and attempted to poke the ball out for a corner. Instead, it struck his other leg and looped over goalkeeper Anthony Lopes and into the goal.

As the home fans whistled their team, the Lyon players appeared increasingly lost, although the brilliance of Nantes goalkeeper Alban Lafont was a major factor in their failure.

Lyon remained 11th after a seventh straight winless match, a run that includes three losses and three draws in the league and a home draw with Zenit St. Petersburg in the Champions League. They visit RB Leipzig in Europe on Wednesday.

Nantes had not won in Lyon since December 1996, a run of 17 matches. The victory continues their revival under coach Christian Gourcuff. The Canaries climbed one point clear of Paris Saint-Germain, who visit Bordeaux in the afternoon, and Angers who host Amiens in the evening.