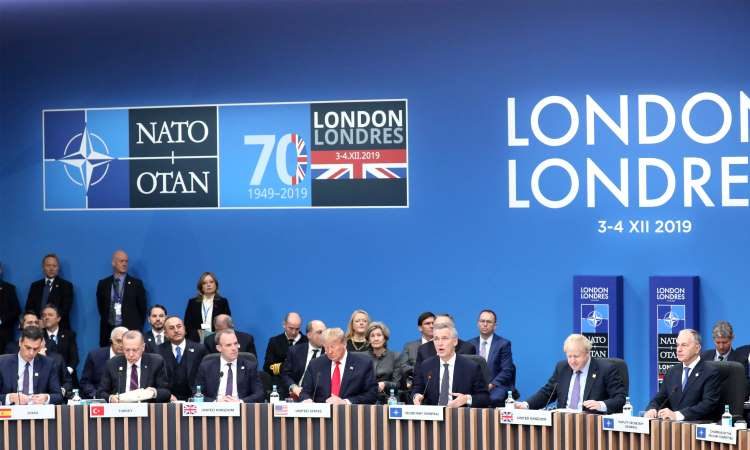 NATO kicked off tense summit talks Wednesday seeking to make a show of unity despite bickering among leaders as a festering row with Turkey rumbles on.

What should have been a celebration of NATO’s 70th birthday has been overshadowed by bitter disputes about money and the future strategy of the alliance.

The French president has called for a renewed strategic dialogue with Moscow and demanded that Turkey explain itself over its assault — backed by Syrian rebels Paris sees as extremists — on Kurdish forces and its purchase of the Russian S-400 air defence system.

Turkish President Recep Tayyip Erdogan meanwhile has threatened to hold up NATO efforts to bolster the protection of the Baltic republics against Russia unless the allies brand the Kurdish militias who defeated the IS group in Syria as “terrorists”.

But barely two hours before the meeting Stoltenberg admitted a solution to the row with Turkey had still not been found.

“I’m confident that we will be able to find a solution to the issue related to the updating of the revised defence plans,” he said as he arrived for the summit at a luxury golf hotel in Watford, on the outskirts of London.

“I discussed this with President Erdogan last night and we are working on the issue as we speak.”

Diplomatic sources said the leaders of the three Baltic countries and Poland would meet Erdogan for talks on the issue, while the summit host, British Prime Minister Boris Johnson, played down the dispute.

“There is far, far more that unites us than divides us, and I think one thing every leader here is absolutely resolved upon is the vital importance of NATO for our collective security,” he said.

The leaders met in various groups in London on Tuesday before attending a reception with Queen Elizabeth II in Buckingham Palace, but Macron refused to withdraw his charge that NATO strategy is “brain dead” and Trump continued to insist some capitals were “delinquent” in paying their way.

The row set up a tense last day of what NATO had hoped would be a 70th anniversary show of unity for the “most successful military alliance in history”, and a demonstration that the West can stand up to challenges from Russia and China.

Only nine of NATO’s 29 members have reached the target agreed at its 2014 summit to spend two percent of their GDP on defence before 2024.

Trump, who cited in particular Germany as falling short for spending only 1.2 percent of GDP, was scheduled to hold lunch talks with the so-called “two percenters”.