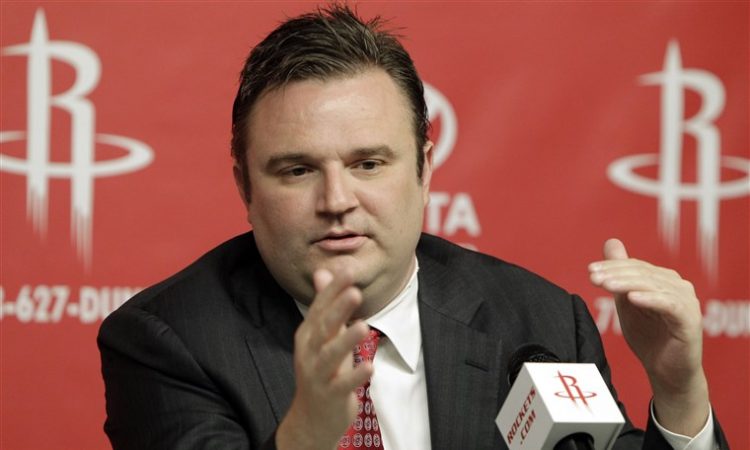 The NBA backs “freedom of expression,” its commissioner has insisted, after the organisation was criticized for its response to a pro-democracy tweet by a Houston Rockets executive that angered China.

“There have already been fairly dramatic consequences from that tweet.”

Silver insisted the NBA supported Morey’s right to express his opinions, despite the organisation initially issuing a statement in Chinese that described the executive’s views as “inappropriate.”

“I think as a values-based organization that I want to make it clear… that Daryl Morey is supported in terms of his ability to exercise his freedom of expression,” Silver said in Japan, where the Rockets and Toronto Raptors play several exhibition games this week.

“There are the values that have been part of this league from its earliest days, and that includes free expression.”.

The NBA has been put on the defensive after extensive criticism in the United States of its statement over the controversy.

Its statement in English said it was “regrettable” that Morey’s views had “offended so many of our friends and fans in China.”

But a Chinese-language version of the statement went further, saying the organisation was “deeply disappointed by the inappropriate remarks.”

Those comments prompted US politicians from across the spectrum to criticise the NBA for bending to China.

Silver, who heads to China this week with other top NBA brass, said the furore was evidence that “words truly do matter.”

“I accept that it is also (the) Chinese government’s and Chinese businesses’ right to react to those words and, at least from my long-time experience in the NBA, it will take some time to heal some of these issues.”

Semi-autonomous Hong Kong has been battered by four months of increasingly violent pro-democracy protests sparked by opposition to a now-scrapped bill allowing extraditions to China.

China, which tolerates no dissent on the sensitive issue, has sought to use its political and financial muscle to pressure major firms into publicly supporting its position.

Hong Kong flag carrier Cathay Pacific was subjected to a public relations campaign offensive led by state-run media after Chinese authorities deemed the airline’s staff too vocal in their support of the protesters.

The airline’s then chairman John Slosar initially insisted he would not dream of telling his staff what to think, but Chinese threats to blacklist the carrier forced a U-turn and Slosar stepped down last month.

Cathay Pacific now warns its staff against supporting the protests.