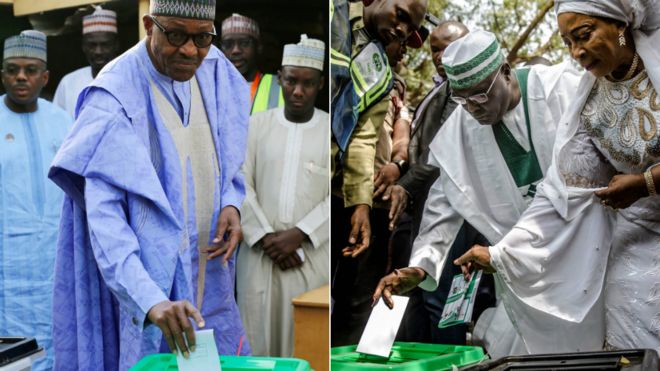 Nigeria’s 2019 general elections won by President Muhammadu Buhari and his All Progressives Congress weren’t transparent and were marred by violence and harassment of voters, the European Union observer mission said.

“The elections became increasingly marred by violence and intimidation, with the role of the security agencies becoming more contentious as the process progressed, ” the EU observers said Saturday in the Nigerian capital, Abuja, in their final report on the Feb. 23 and March 2 votes. “This damaged the integrity of the electoral process and may deter future participation.”

The elections gave Buhari, 76, a second four-year term with 56% of the vote, while Atiku Abubakar, a former Vice President and candidate of the main opposition Peoples Democratic Party, came second with 41%. The ruling party also won a majority of parliamentary seats.

At least 58 people, including election officials, were killed in voting-related violence, according to the Nigerian Civil Society Situation Room, a coalition of civic groups that monitored the vote.

Abubakar and the opposition PDP have filed a court petition challenging the presidential election outcome, arguing he would’ve won but for rigged voting in Buhari’s favor.